Why You Should Tell Your Daughter She's Beautiful

Why You Should Tell Your Daughter She's Beautiful 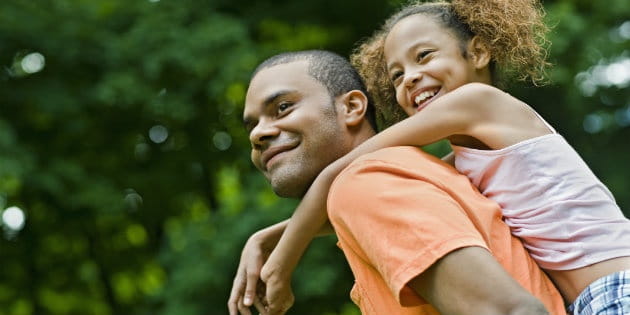 There’s an old saying which states “A writer succeeds by writing what they know.” I guess that puts me at something of a disadvantage. As a longtime bachelor I have no idea what it’s like to be a parent, let alone to have a daughter. The closest I ever came was when I helped babysit my rambunctious niece, a four year old girl with strawberry hair and a deep fascination of Disney princesses. I can remember watching as she raced around the room with her father, squealing in delight at their piggyback ride.

In that moment, I found myself wondering what kind of women she would grow up to be. Would she be healthy? Would she do well in school? What kind of interests would she pursue? One thing was certain, having witnessed her father kiss her forehead and call her “beautiful”, I knew she was in good hands.

Perhaps the most important words any father can tell their daughter is that she is beautiful. In the same way God teaches us that we are loved because we are His, a father makes his daughter beautiful because he loves her. Jen Wilkin, in an article for the Gospel Coalition, explained the importance of this message by highlighting the Biblical themes of unconditional love,

“Because you don’t want her to hear it from someone else first. If we leave the soil of our daughters’ self-worth unwatered by our unconditional admiration, we send them into a world happy to satisfy that parched ground with conditional praise. What if the first person who tells her she’s beautiful is a shady guy she meets in class? Let her blossom well-watered by your compliments, offered for no other reason than the sheer joy of knowing her.”

“Your daughter knows when you tell her ‘You’re beautiful’ that what you mean is ‘You’re beautiful to me.’ And though initially she may perceive this to be the most well-meaning lie ever told to her, in time she will grow to recognize it as the most basic truth she can ever hear you speak: No matter what anyone else sees when they look at you, I see you when I look at you, and I say that what I see is beautiful. The end.”

Wilkin isn’t the only writer championing the role of a father in his daughter’s life. Meg Meeker recently penned 10 Lessons Dads with Daughters Need to Learn Right Now, where she listed the daunting but detrimental ways a father influences their daughter. A few such examples include,

You are the most important man in her life.

Your daughter takes her cues from you, her father, on everything from drug use, drinking, delinquency, smoking, and having sex, to self-esteem, moodiness, and seeking attention from teen boys.

She needs a hero.

Protect her and defend her, no matter what.

Every day she gets the wrong messages loud and clear. You need to speak louder and clearer. And your voice is the only voice she really wants to hear.

I may not be a parent, but even I can recognize the way a child is shaped by the love of their parent. For fathers, it’s important for them to serve as a rock in the lives of their daughters. When the world questions your daughter’s worth, remind her that in God’s eyes and yours, she is priceless.

What about you? What is your advice to any parent with a daughter? Leave your comments in the space below!