It Takes Two (And Other Myths about Adultery and Divorce)

It Takes Two (And Other Myths about Adultery and Divorce) 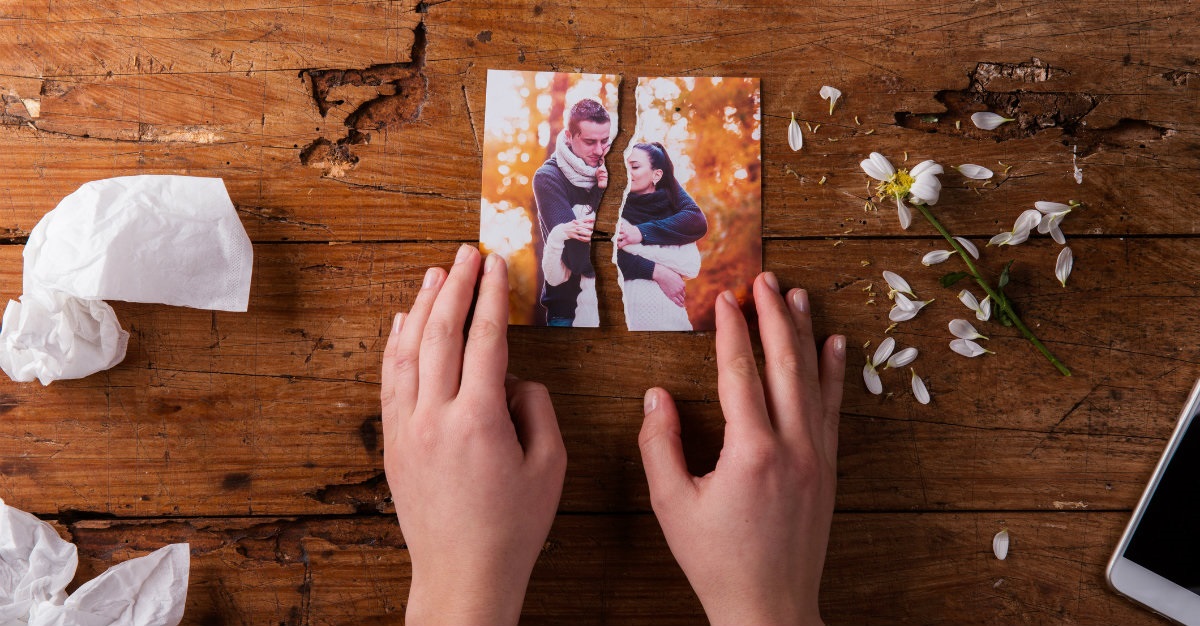 I’m sure you’ve heard the phrase as it applies to many different things in this life. I spent the majority of my life believing that divorce took two, that if a divorce occurred it was because both people were responsible for the failure.

I now know just how wrong that belief is.

The myth that it takes two to destroy a marriage is one that has been perpetuated for years. And it’s a myth that needs to be forever put to rest.

After walking through my own divorce, I’ve realized I once believed many lies about divorce. Maybe you have heard or believed them yourself. Here’s some of the most common myths and the truths that contradict them.

Myth: It takes two people to end a marriage.

Truth: It only takes one person with a hardened heart set on following his or her own selfish desires rather than submitting to God to destroy a marriage.

Myth: An unfaithful spouse only wanders because his/her needs aren’t being met at home.

We would never think to blame a spouse for other sins. If a man rapes a woman, we would never blame his wife for his sins. We wouldn’t blame a husband if his wife was arrested for DUI. But adultery? We blame the faithful spouse! She must not have been meeting his sexual needs. He must have been absorbed in his work. Why are spouses blamed, told that if they had been meeting their spouse’s need, they wouldn’t have strayed?

Myth: Prayerfully seeking a spouse guarantees you will never be divorced.

Truth: All humans have a propensity for sin and have the ability to wander if they choose not to faithfully follow God.

I lived this one, too. I guarantee I prayed and sought God’s wisdom before I ever said, “I do.” I assumed that marrying the one God called me to ensured I would never be divorced. Unfortunately, humans are prone to wander, to stray from God’s best.

The only guarantee in marriage is trouble will come. The question becomes one of commitment. Will both individuals choose complete surrender to God and His ways? Will both spouses choose to remain fully committed to the marriage? If the answer is no, your marriage is in jeopardy.

Myth: Because God hates divorce, you must remain in your marriage regardless of the situation.

Truth: God loves people more than He loves the institution of marriage.

I don’t know where we misconstrued God’s heart, His word, and decided that the institution of marriage was of greater importance than God’s dearly loved children. God’s heart is—and always has been—about loving those who are hurting, about helping the downtrodden. I promise walking through divorce makes you feel like “one of the least of these.”

Myth: All divorces are sinful.

Truth: All divorces are caused by sin, but the act of legally ending a marriage is not always sinful.

I do not believe that when I walked into the courthouse and filed to legally end my marriage I committed a sin of any type. All I did was acknowledge the covenant was legally over. My husband ended our marriage with unrepentant adultery, on-going pornography, and his verbal abuse.

Sin was definitely involved in my marriage, but I did not sin in the legal ending of my marriage. I simply acknowledged the sin my husband had committed, causing our marriage to be irreparably damaged.

Myth: If it’s truly an abusive marriage, the abused spouse should have no problem walking away.

Truth: The abused spouse has been so damaged by the emotional and mental abuse, he/she usually believes he/she deserves the treatment.

I’ve heard people say abused spouses just need to choose to walk away from the abuse. These people have obviously never lived in an abusive situation. Abused spouses are usually just surviving. They may not see the abuse for what it is. They have been so beat down and conditioned to believe it’s all their fault. They truly believe if they could just get their act together, the marriage would be saved.

Abuse victims are trapped in a world of self-doubt and self-blame. They have no confidence to walk away. They are told repeatedly they deserve what they get—and no better. Abuse is a prison, and it’s not easy to escape.

Truth: Forgiveness is always necessary, but reconciliation is not.

But nowhere in scripture are we taught that forgiveness requires reconciliation. Sometimes reconciliation happens, but sometimes it does not. I chose to set very firm boundaries to protect myself from any ongoing verbal and emotional abuse. I chose to only communicate in writing so I didn’t have to worry about enduring another unwarranted verbal barrage. I chose to forgive, but I also chose not to reconcile.

Myth: God will not use a divorced person.

Truth: Divorce does not make a person any less qualified for ministry.

As one who was called to ministry at a young age, I found myself questioning who I was when I went through my divorce. I was taught that divorced people were not qualified for the ministry. That left me in a difficult situation, knowing I was called, knowing my divorce was not because of my own sins, and believing I was no longer qualified to be a minister of the gospel. It was a process to reconcile God’s call on my life with my unwanted divorce.

I don’t see anywhere in scripture where divorce disqualified anyone from being used by God. King David was an adulterer and a murderer, and yet he was used mightily. Paul (once known as Saul) lived a life of outright rebellion against God, and yet he wrote much of the New Testament. Peter denied knowing Christ and yet he is known as the father of the Church. If God’s chosen vessels could live such heinous lives and yet still be the vessels he used to spread the Gospel, how can we assume that a divorce—especially for a faithful spouse who had unwanted divorce thrust upon him/her—would disqualify one from ministry?

I find it quite ironic that through divorce, God has opened more doors for me to minister. I have the blessing of reaching an audience far wider and greater because of my divorce than I ever would have as a pastor’s wife in Oklahoma. I find it interesting that the very thing some would say disqualified me from ministry is the very thing God has used to qualify me to be used for His kingdom.

For me, it was the beginning. The beginning of a beautiful new relationship with Christ. The beginning of understanding the depths of His love toward me. The beginning of an intimacy with Him I had never known before. While I would never choose to walk through the pain of adultery and divorce again, I am so thankful for who it has helped me become, for the story of redemption God has given me. Divorce is not a scarlet letter “D” stamped across my forehead; it is a scar that is a testimony to the healing power of God.