Star Wars and the Journey to Recover Lost Faith

Star Wars and the Journey to Recover Lost Faith 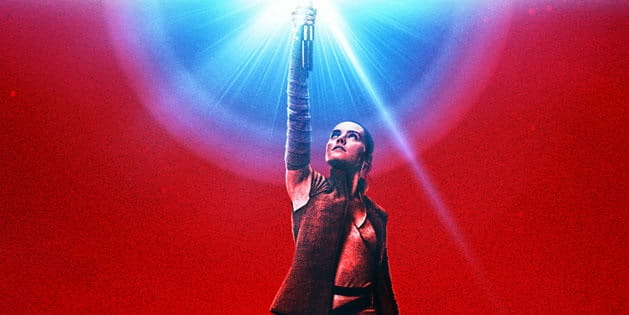 When the first trailer for Star Wars: The Last Jedi arrived in theaters, fans were struck by the ominous shift in the movie’s tone. Gone were the triumphant overtures and hopeful blue hues of The Force Awakens. Instead, viewers were met by grim, jagged notes accentuated by harsh shades of red. Capping it off was a short narration from Luke Skywalker himself. What words of wisdom did the Jedi Master have to share with his followers? That it was time for the Jedi to end.

This apparent loss of faith has sent many fans buzzing. Some are even speculating that the next installment of Star Wars will pave the way for Gray Jedi. Unlike typical Jedi or the Sith Order, Gray Jedi follow neither the light side nor the dark side of the Force, falling somewhere in-between. This concept has occasionally popped up in Star Wars mythology, and there are clues indicating The Last Jedi is looking to reshape its universe for a modern audience. Specifically, it’s trying to mirror the attitudes of a new generation.

For Paul D. Miller, a Professor at The University of Texas and longtime Star Wars fan, this potential departure from the light-dark duality is deeply upsetting. In a column for Christ & Pop Culture, Miller draws parallels to the Gray Jedi and a young culture eager to shed its traditional Christian teachings. He writes,

“…The concept of Gray Jedi is morally juvenile at best. It captures the zeitgeist perfectly: it appeals to a generation that wants spirituality without religion and good feelings without judgment, commitment, or boundaries. For precisely that reason, it represents a deterioration of the Star Wars mythology.”

He goes on to argue,

“Taken to their logical extreme, of course, Gray Jedi are nihilists who assert a shocking moral equivalence between light and dark. Lucasfilm is unlikely to go that far in their storytelling. I would actually respect a story-arc that followed a Gray Jedi down that path and showed exactly what kind of moral relativism must follow the Gray Jedi’s ethos. Such Gray Jedi would be worse than the Sith: the Sith at least recognize the difference between light and dark and consciously choose the dark, whereas these Gray—truly devoted to the gray with all its philosophical implications—deny distinctions altogether and mask their choice with a mendacious relativism. These Gray would be neither hot nor cold, but lukewarm and worthy of contempt, neutrals in wartime for which hell’s hottest wrath is reserved.”

Miller concludes by stating what’s truly needed (both for the Star Wars franchise and the Church) are not Gray Jedi but Gold Jedi. Individuals fiercely devoted to the light, aware of the old order’s past mistakes, but unwilling to break from their doctrinal roots. It sounds commendable, but one could argue that Miller is simply throwing a new layer of paint on an old problem. The outside changes, but the troubles remain.

Millennial Christians can certainly sympathize with the idea of Gray Jedi. Just like their fictional counterparts, many were raised since childhood to believe their community represented both peace and justice for all people. However, as time went on they began to notice cracks within its foundation: arrogance, hypocrisy, rigid conformity, and blind loyalty to an institution rather than the faith they purport to serve. Unable to stay but unwilling to leave, they fled into the wilderness and became something else. Calling them back will take more than token displays of solidarity, it will require true reformation.

Perhaps we’re reading too much into this. After all, details on The Last Jedi are still scarce, and the movie doesn’t reach theaters until December. Yet, I still believe Rey’s journey toward becoming a Jedi Knight resonates with old and young Christians alike. We’re all striving to become something better, to rebuild and reshape our faith from the rubble of broken promises. Whatever shade that takes, all we can say is, “May God be with us”.