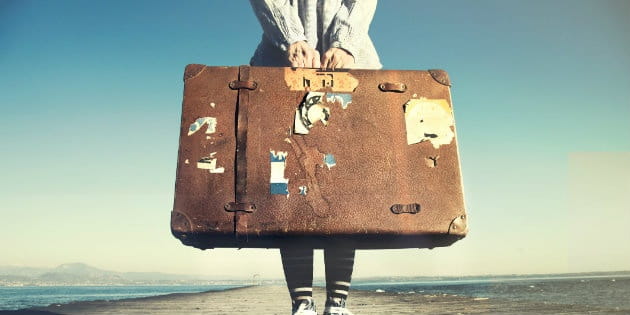 More and more over the past month, I’ve found myself contemplating the parable of The Good Samaritan (Luke 10:25-37). All Christians know the story; A Jewish man traveling to Jericho is set upon by bandits and left for dead. Twice he is passed by men of faith (a priest and a Levite), before a Samaritan arrives and takes pity on him. He bandages his wounds, brings him to shelter, and pays for his recovery. It is a touching and powerful example of Christ’s command to love our neighbor.

The trouble is, as modern day readers we often miss the important context of The Good Samaritan. For example, we fail to understand just how much the Jews and Samaritans despised one-another. The two groups had a long history of mutual animosity, primarily built on desecrating each other’s Holy sites. Some scholars even believe the lawyer in this passage responded to Christ’s question with, “the one who had mercy on him” because he couldn’t even bring himself to say the word “Samaritan”. Jesus wasn’t just commanding his listeners to help those in need, he was demonstrating how God’s love extended well beyond their preconceptions.

Today, many Americans are facing their own version of The Good Samaritan story. Topics such as immigration and refugees have become extremely volatile, splitting the country down political lines. As Christians, we want to do the right thing, we want to love our neighbors, but we’re unsure of how to proceed amidst the chaos. With the help of Relevant Magazine, this article has compiled a list of three ways you can love your immigrant neighbor. For those looking to tackle this challenge head on, you can begin by:

Recognize What it Means to Love Your Neighbor

Loving your neighbor isn’t easy. It’s risky, and awkward, and it demands you put aside your personal feelings. Regardless of what nationality they are, or what religion they follow, Christians are commanded to treat them with hospitality and fairness (Titus 1:8). Sympathy and good thoughts aren’t enough. Like the man in The Good Samaritan, we are called to take action, to get off our horse and do something.

Look for a Name, Not an Issue

It’s very easy to view our neighbor as an abstract idea, that faceless person we’ll eventually meet when the time is right. However, Jesus knew that true love is personal, it has a name, a face, and a story. Take for example Fuad Sharef Suleman, his wife Arazoo Ibrahim. They and their children recently emigrated from Egypt and were greeted by a large crowd at Nashville. When Fuad saw a crowd of Americans waiting to welcome him to the United States, he responded,

“Today is a very important day in my and my family's life. It marks my first day of my new life in Nashville, Tennessee, United States of America. But your presence here and the amount of support that you have shown and your open arms make this day a very, very exceptional day for me.”

Start Conversations (Outside of Social Media)

In a recent article for Relevant, J. Mark Bowers reported how many small communities had begun hosting town halls to speak on immigration at a local level. The importance of these conversations cannot be understated. He writes,

“‘Faith communities around the country must host these kinds of conversations,’ an energetic Mexican woman declared as we dismissed everyone to break down tables and take photos. ‘Tonight, for the first time, I actually believe that everything happening will make us stronger.’”

“Wherever you live, stop and think for a minute about your unique context. Should you stop using your energy to debate on social media, and organize for local action? How might your faith community leverage this moment to host a similar dialogue? Who could you invite to join?”

We live in difficult times, and Christians must make a renewed effort to be the champions of justice and peace. Right now, Christ is calling his followers of to stand up and be Good Samaritans in a world of cynics. We, as believers, are being called to love our neighbors. The only question is when will we begin?