4 Things They Should Tell You While You are Still Dating

4 Things They Should Tell You While You are Still Dating 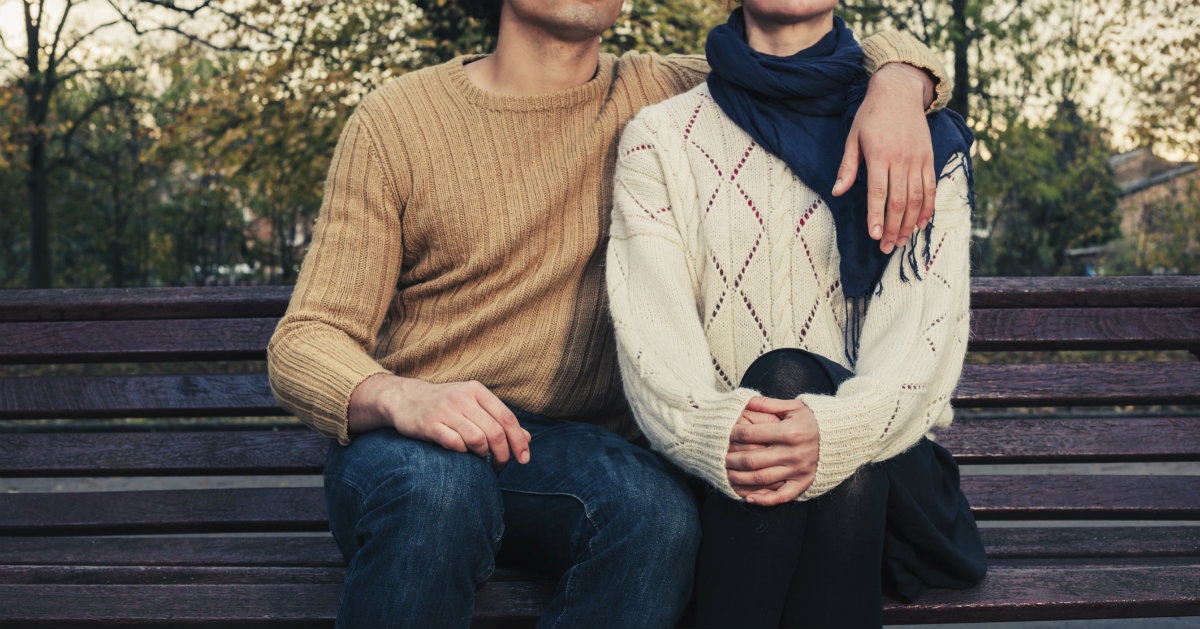 Fill in the blank: Marriage is _______. Depending on your own relationship status, maybe the first words that came to mind were “fun” or “exciting” or maybe even “not for me.” But I think it’s safe to say that if you’re married, at one point or another, you would fill in that blank with “hard.” Marriage is hard—it’s awesome, but it’s challenging. But if you’re committed to it, the hard stuff will grow you and make you a better person than the day you said, “I do.”

Hannah, who blogs at The Art in Life, has only been married a few years, but a recent struggle she and her husband went through has had her thinking a lot about the challenges of marriage and what she wished someone had told her before she got married. “When you get married, you don’t think about things like ‘how will my spouse and I navigate tense moments like finding out someone blew through our credit cards,’” Hannah writes. “You imagine all the happy things, and you imagine hard things too, but of the grand variety.  Those things can break you, but they also prompt people to rise to the challenge. What I’m talking about are the little things that eat away at you, slow water over stone.”

Yes, it is often the little things, over time, which can have us building a wall up between us and our spouse, brick by brick. But if the foundation is secure, these little things don’t have to crumble our marriage. Hannah lists four specific things that have made a difference in laying a strong foundation in her marriage. They are:

1. Marry someone who is patient with you. “[W]hatever patience you have in dating will be cut in half by marriage, and probably again in half by children,” Hannah says.  “Start with a lot. Someone who is prone to anger will be someone who is miserable to walk through life with, because there sure are a lot of reasons to get angry.” If you are the “angry one” in your marriage, take some time and do a heart check—what is your anger telling you? iBelieve writer Wendy van Eyck discovered that her anger was often a symptom of a deeper anxiety and insecurity issues. “I realized I was angry because I was feeling insecure,” Wendy writes. “In that instance, it was my fear of being wrong and looking stupid that had caused me to lash out.”

2. Marry someone who is your advocate. “I feel like that should be a given, but I am startled by the number of people I meet who are dating someone who discourages them,” Hannah notes.  “Life will discourage you, so pick someone who doesn’t.”

3. Marry someone whose career you can get behind. What do you imagine life like with your spouse? Dinner with the family every night at 6? Raising kids and growing old in the same house? Traveling the world together? If your expectation is for family dinners every night, consider how important that is to youbefore you marry someone who works nights or someone whose job requires extensive travel. You’ll save yourself a lot of heartache if your expectations align with reality.

4. Marry someone you like talking to about things other than your relationship. “I like James, as a friend, not just as husband,” Hannah writes. “I think he’s interesting and funny. If I didn’t, life would be boring blah punctuated with a little romance.” I like Hannah’s advice, but I’ll add this caveat to it: I think many couples don’t talk intentionally about their relationship enough. Sure, they’ll have it out when fights come up, but it’s important to talk about your relationship before the drama happens. Taking an evening once a month to discuss your marriage can do wonders in making sure both people feel heard and validated. Crosswalk contributor Ashleigh Slater and her husband Ted recently had this type of intentional conversation, sitting down and mapping out what they wanted their year to look like. “Ted and I have talked about what we want the coming year to include for us,” she writes.  “For example, we want to pay off our debt and to be more purposeful when it comes to romance in our marriage. What about you? Are you and your spouse on the same page when it comes to your hopes and dreams for the next twelve months?”

What do you think? What advice would you add to this list for couples who are considering marriage? Leave a comment below and let us know what has helped your marriage stay strong over the years!