5 Reasons Hell is Fundamental to the Gospel

5 Reasons Hell is Fundamental to the Gospel 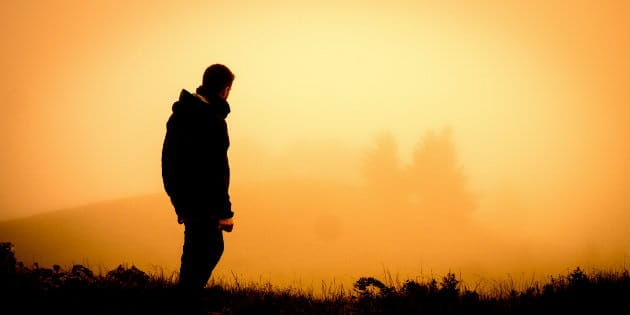 Some people don’t like talking about hell. It can be hard to imagine the concept of eternal conscious punishment. And this is made even harder if you’ve lost someone, who from all outward actions and the words they spoke, did not believe. It’s easier not to think about it. But what if our understanding of how horrible hell is helps us understand how glorious and remarkable the gospel is? Greg Gilbert, writer and pastor, has written an article for 9Marks.org titled “Why Hell Is Integral to the Gospel.” He expresses,

“…the doctrine and reality of hell actually throws the glory of the gospel into sharp relief for us. It helps us to understand just how great God really is, how sinfully wretched we really are, and how unutterably amazing it is that he would show us grace at all. Moreover, the reality of hell—if we don’t push it out of our minds—will focus us, above all, on the task of proclaiming the gospel to those who are in danger of spending eternity there.”

1. Scripture teaches us that hell is a real place.

There are varied views among Christians as to the theology of hell. Some think hell is simply a separation from God (no further punishment is involved). Others think there are second chances after death—that some get the opportunity of salvation after they die. Others believe that hell and the punishment there is real but not eternal—that there must be an end to the suffering. The best way to understand hell is to look at Scripture and the people who were teaching about it.

Gilbert points out that the apostles didn’t invent hell as a scare tactic or borrow it from another faith; they got the idea from Jesus who taught them about it, and since He is God and we’re reading about it in God’s Word we can trust this information. The Old Testament had revealed hell’s reality as well.  On Crosswalk, Sam Storms points out the most graphic portrayal of hell is found in Revelation 14:9-11,

“And another angel, a third, followed them, saying with a loud voice, ‘If anyone worships the beast and its image and receives a mark on his forehead or on his hand, he also will drink the wine of God’s wrath, poured full strength into the cup of his anger, and he will be tormented with fire and sulfur in the presence of the holy angels and in the presence of the Lamb. And the smoke of their torment goes up forever and ever, and they have no rest, day or night, these worshipers of the beast and its image, and whoever receives the mark of its name.”

2. Hell shows us the heinous reality of our sin.

Understanding sin as inherently evil instead of just minimized wrongdoing helps us understand why hell would involve conscious punishment and why it would last for eternity. Gilbert writes,

“Non-Christians will always see the horrors of hell as an indictment of God, but as Christians who know God to be perfectly just and righteous, we must understand that the horrors of hell are actually an indictment of us. We may want to minimize our sin, or excuse it, or try to argue our consciences down. But the fact that God has declared that we deserve eternal torment for those sins should remind us that they are not small at all. They are enormously evil.”

“John Piper has pointed out, 'The essential thing is that degrees of blameworthiness come not from how long you offend dignity, but from how high the dignity is that you offend' (Let the Nations be Glad, 127). In other words, our sin is deserving of infinite punishment because of the infinite glory of the One against whom it is perpetrated.”

“Perhaps the idea of endless punishing is less offensive when the idea of endless sinning is considered. In other words, if those in hell never cease to sin, why should they ever cease to suffer? In this regard many point to Revelation 22:11, where the angel says to John the Apostle, ‘Let the evildoer still do evil, and the filthy still be filthy, and the righteous still do right, and the holy still be holy.’”

Matthew 25:46 records Jesus as saying,
“Then they will go away to eternal punishment, but the righteous to eternal life.”

God is an absolutely just and righteous judge. Psalm 97:2 says, “righteousness and justice are the foundation of his throne.”

And Proverbs 21:15,
“When justice is done, it brings joy to the righteous but terror to evildoers.”

“The Bible tells us that on that day, when God sentences his enemies to hell, the whole universe will recognize and acknowledge that what he has decided is unimpeachably just and right. Isaiah 5 makes this point with bracing clarity: ‘Therefore Sheol has enlarged its appetite and opens its mouth without measure.’

On Crosswalk Sam Storms reminds us,

“The fact that we have an intuitive sense for what strikes us as ‘fair’ or ‘just’ plays no part whatsoever in coming to a conclusion on whether or not there is an eternal hell. The fact that we may not enjoy the thought of eternal conscious punishment doesn’t make it go away!”

2 Thessalonians 1:9 tells us,
“They will suffer the punishment of eternal destruction, away from the presence of the Lord and from the glory of his might…”

4. Hell reminds us how horrifying the cross really was and how amazing God’s grace really is.

“Why did Jesus have to die on the cross? It was because that was the only way God could righteously not send every one of us to hell. Jesus had to take what was due to us, and that means he had to endure the equivalent of hell as he hung on the cross.”

God poured out His wrath on His son; can you even imagine what that must have been like? It’s something believers will never have to experience because of God’s unfathomable grace through His Son Jesus. Gilbert relays, “Yet you will only see and understand this display of love clearly when you understand, accept, and shudder at the horror of hell.”

5. Hell focuses our mind on the task of evangelism and proclaiming the gospel.

As Christians we tend to acknowledge hell and even discuss the theology and doctrine of hell…but do we allow the reality of its existence to spur us on in our mission to proclaim truth?  When you meet someone new, what’s the first thing you want to say? Usually we want people to relate to us, we want to be friendly, and we want to establish a connection that can lead to further conversations. These are not bad things, and we certainly don’t want the first words out of our mouth to be “You’re going to hell if you don’t know Jesus!”, which though true can sometimes have an adverse effect depending on length of time known and tone of voice used. That might be the only “conversation” you get with them if you start there; however, there should still be a sense of urgency when we think about sharing the gospel.

“I think John Piper got it exactly right in an interview with The Gospel Coalition: ‘It’s very hard to give up on the gospel if you believe there is hell, that after this life, there is an endless suffering for those who did not believe in the gospel.’”

Evangelism can seem tedious at times or like you’re not making a difference with the people you talk to; however, when we remember the truth about hell we remember the glorious truth about the gospel and the great need all those who live have of it. This is our motivation to continue sharing, to continue building relationships.

This is “the one thing that Christians can do that no one else in the world is ever going to do is to tell people how they can be forgiven of their sin, how they can avoid spending an eternity in hell,” says Gilbert.

Yes hell is horrible to talk about at times…but it’s very real. Talking about hell does not diminish God’s righteousness, His holiness, or the grace that He extends…it magnifies it.

This week think about one person in your life who doesn’t know God that you can reach out to either by email, phone or in person. Start to build or further a relationship with them, and if it’s someone who you’ve tried to talk to before, simply remind them of the glory and grace of gospel and why they need it.

Remember because sin is real hell is real, and because hell is real our need for a Savior is real.

Related article:
-10 Things You Should Know about Hell and Eternal Conscious Punishment
-Bible Verses on Hell

Christianity.com: Is hell and actual place? from christianitydotcom2 on GodTube.