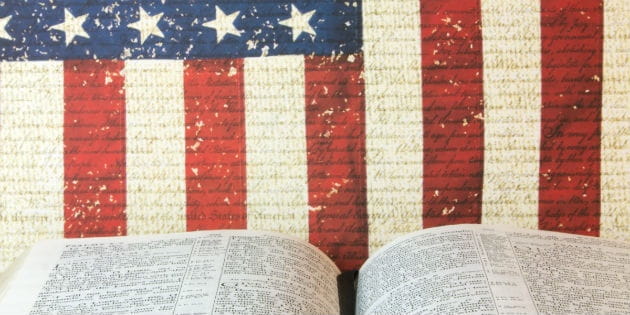 In the middle of this tense and highly-charged political season in America, there are many debates and discussions about personal freedoms and our rights as citizens. For Christians, there are questions of religious liberties (like can Christian business owners refuse service to people who have different lifestyles?) and if culture is changing or challenging them as well.

Trevin Wax recently wrote an article for The Gospel Coalition on “4 Cultural Trends Leading to the Decline of Religious Liberty” focused on the very things that are diminishing religious liberty in America.

The first trend he identifies is a powerful one: “Religion is personal and private, not public.” Christians believe faith is a personal, intimate relationship with God, yes, but more and more, Wax says, “it’s about feelings that are true for you, not facts that concern the whole world.” When we keep our faith and our beliefs private, it starts to lose ground in public. “Over time,” Wax says, “this trend leads to less patience with people who believe that religion affects all of their decisions. The more devout you are in public, the more strange you seem in a society where religion is pushed to periphery of private prayer or self-fulfillment.” This has changed over time-- Americans in past decades believed faith to be much more public and much more of a guiding force for decisions, actions, and behavior.

Wax shares another interesting trend: “Fewer people claim to be religious today.” He references Pew Research data where more people than ever before are selecting “none” as their religious affiliation choice. Christians typically have a worldview that is affected and shaped by the Bible and by the life of Jesus Christ, but nonbelievers might not understand why they act or speak the way they do as a result of those views. “Non-religious people may have a more difficult time understanding the depth of these convictions and the sensibility of religious conscience,” Wax says. “It’s interesting to see secular journalists write about religious people as if they can ‘prod them along’ to change deeply held beliefs about marriage, or the exclusivity of their religious truth claims, and so on.”

Wax shares two other trends in his article here, and also advises that Christians “not be shocked when people don’t understand where we’re coming from… instead, let’s take time to back up and put these debates in context, always giving faithful witness to the gospel that never changes.”

In this election season and beyond, Christians will (and should) have to defend their religious beliefs in the public eye. Our faith will inform our actions, especially in how we vote, who or what we endorse, and what we publicly support and share. If we continue to keep our faith wholly private, we won’t be able to share the Gospel with nonbelievers and obey the command of Jesus to “go and make disciples of all nations, baptizing them in the name of the Father and of the Son and of the Holy Spirit, and teaching them to obey everything [he has] commanded [us].”

While there are definitely poor ways for us to publicize our beliefs (such as in heated debates online), there are many ways we can positively and peacefully proclaim our faith in Jesus Christ and live our lives in a God-glorifying manner. Russell Moore talks more about this in his Crosswalk.com article “What Does Cultural Engagement in a Secular Age Look Like?” ultimately saying we will hardly be “normal” as Christians, but that never should have been our goal anyway.

Even as culture continues to advocate for less religion in the public sphere, Christians should continue to stand firm on the Word of God and fight for their freedoms.

“From a Christian point of view, religious freedom is a gift of God and central to our human dignity and personal integrity,” Jim Tonkowich writes on ChristianHeadlines.com. “The new circumstance we face is a growing hostility to orthodox religious believers in the public square. It’s a threat all religious believers must face seriously and together, knowing that with diligence and with God’s grace, the end of the story could surprise us all.”