Beer and Christianity Have More in Common Than You Think

Beer and Christianity Have More in Common Than You Think 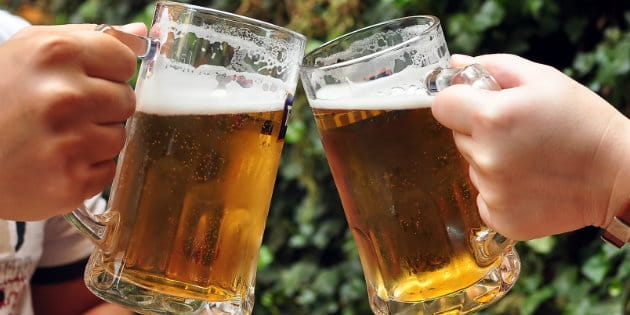 Modern Christianity has a rather complicated relationship with alcohol. I can still remember as a child how my pastor and youth leaders would issue stern warnings on the dangers of “the vine”. Just one sip and you could get addicted! After that, it was only a matter of time before you dropped out of school, fell into debt, and ended up sleeping on a dirty mattress under a freeway overpass. Even when I attended college, it being a Christian university, I was asked to sign a contract stating I would refrain from drinking alcohol during my time on campus.

In many ways, this attitude toward beer and related beverages is understandable. Drunk driving is a huge problem. Addiction and abuse have destroyed families across the country. At the same time though, a new generation of Christians have come to view drinking as acceptable so long as it’s done in moderation. While this attitude might scandalize more conservative believers, it’s actually more in line with Christian tradition than teetotalism ever was.

Jesse Carey of Relevant Magazine helped point this out when he revealed that several of history’s most devout Christians also happened to be fervent beer enthusiasts, starting with Arthur Guinness. He writes,

“The man behind the world’s most famous stout was also a devout Christian. Inspired by a sermon from John Wesley, Arthur Guinness decide to turn his brewery and his brand into a force for good. As Stephen Mansfield explains in his book The Search for God and Guinness, the beer mogul—whose beverage was seen as safe alternative to the hard stuff prevalent throughout Ireland and England at the time—founded some of his country’s first Sunday schools and gave generously to the poor.”

“The Guinness family also believed in running an ethical business. The company paid employees extremely well, set up services to help their families and gave to charities. The brewery even famously operated 24/7 during WWII to make sure every English soldier got a bottle of Guinness with their Christmas meal.”

Guinness wasn’t alone either. C.S. Lewis, one of Christian cultures most popular writers, was a frequent patron of the local pub.

“He was also no fan of legalism in Christianity surrounding the practice. He wrote, ‘I do however strongly object to the tyrannical and unscriptural insolence of anything that calls itself a Church and makes teetotalism a condition of membership … Don't they realize that Christianity arose in the Mediterranean world where, then as now, wine was as much a part of the normal diet as bread?’"

So what’s the answer to the $10,000,000 question? Can Christians drink alcohol? Well, maybe there is no easy answer. As Joel Engle reflected in his essay, Is it Wrong for a Christian to Have a Drink of Alcohol?, the Bible teaches us that everything is permissible but not everything in beneficial (1 Corinthians 10:23). There’s no sin in raising a glass of champagne at your daughter’s wedding, but if you’re out to lunch with a friend who doesn’t drink (or can’t drink without serious repressions) the wisest action would be to abstain. In the end, each Christian must examine their own heart and make the choice for themselves.

What about you? What are your thoughts on Christianity and alcohol?

Ryan Duncan is the Entertainment Editor of Crosswalk.com