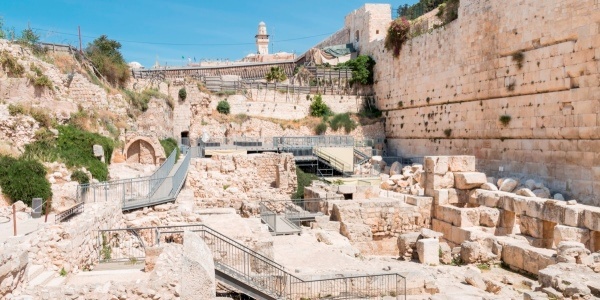 We live in a time of great skepticism. Even though belief in the Bible as a reliable, historically accurate document is well-supported, the fact of human doubt about the Bible persists.

For instance, last week I discussed the recent cover of Newsweek bearing the title The Bible: So Misunderstood It's a Sin. The article re-hashed popular ignorant attacks on Christianity even though the author’s attacks have been responded to time and again throughout the centuries (along with every other charge levelled against Christianity). These attacks keep finding new life because it is natural for people to doubt the reality of God. The Bible actually predicts man’s objection to God. For, if God really has spoken in time, space, and history then man must acknowledge his accountability to Him—a prospect that man detests (Romans 1:19-21).

Even so, the historical reliability of the Bible is well-supported, and it’s an important component of Christianity. We don’t believe in myths and fairy tales. But the best case for Christianity is a cumulative one. In other words, all of the evidence must be weighed together, not taken separately and picked apart. One area of Christian evidence is the field of archaeology. It is not the only area of support for the truth of Christianity, but it is important.

Recently, Christianity Today listed Biblical Archaeology’s Top Ten Discoveries of 2014. It’s an interesting read, though much of it is speculative. Here are a few highlights: (Read the whole article here.)

Your turn: What are your thoughts on the archaeological evidence for the Bible? Are you often stumped by doubts or unable to respond to charges levelled at the Christian faith? Have you ever considered the cumulative case for Christianity?

Alex Crain is the editor of Christianity.com. You can read more posts by Alex at his blogand follow him on Twitter @alex_crain.