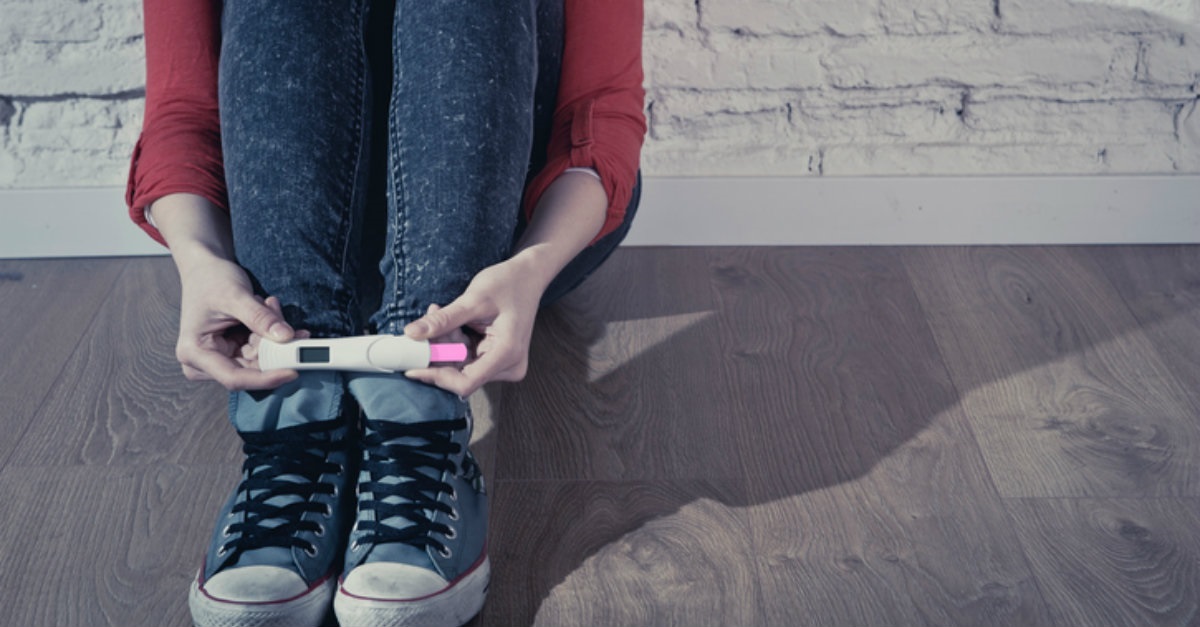 The graduation ceremony of a Christian school in Maryland was recently overshadowed by a controversy that made its way to the national stage.

Perhaps you heard about it.

Eighteen-year-old Maddi Runkles--a straight A student, who was also an athlete and student council president--became pregnant out of wedlock. Runkles chose to keep the baby.

The school suspended Runkles for two days, removed her from her position as student council president, and told her she would not be allowed to walk in the school’s graduation ceremony.

While Maddi and her family understand there are consequences for her decision to engage in premarital sex, and actually support the first two penalties from the school, they are strongly arguing against the school’s decision to bar Maddi from participating in the graduation ceremony.

The school’s decision has reverberated throughout the nation and sparked a debate, especially among Christians on what is the right way to deal with such a situation.

Heritage principal David R. Hobbs explained the school’s reasoning in the decision: “Maddi is being disciplined, not because she’s pregnant, but because she was immoral.”

However, Students for Life of America president Kristan Hawkins disagrees. “Heritage Academy,” said Hawkins, “makes it clear they’re not disciplining Maddi Runkles for premarital sex but for pregnancy. And pregnancy is never a sin.” She added that Christian schools run into problems when they do not prepare for these kinds of situations. They need to “have clear guidelines and consequences if they are going to make students sign a code of conduct.”

Writing for Christianity Today, Marlena Graves agrees with Hawkins and gives some helpful advice for Christians seeking to approach such tricky situations with truth and grace.

Graves points out that ostracizing a teen who has become pregnant is actually the antithesis of a Christian attitude and hurts the pro-life position by making young women feel as though they have no other option besides abortion.

“These public punishments, I would argue, sometimes push pregnant teens to consider abortion. Why? When female students believe an abortion is a better option than the shame and shunning they are sure to experience, they think twice about choosing to have the baby,” writes Graves.

This is not to say that biblical standards of morality should not be upheld, and this is something even Maddi and her family acknowledged. But rather than being barred from walking in her graduation ceremony, shouldn’t this young woman be applauded and supported for choosing life for her unborn child?

“What’s needed is a proper view of biblical discipline—a practice that seeks to restore and heal, not wound and punish,” Graves quotes Christian author Julie Roys.

A new way of addressing these kinds of situations is also needed for cases in which the woman did not choose to engage in premarital sex. Graves shares a story of Sarah, a friend’s daughter who was raped and became pregnant. This young woman also chose to keep the baby, despite being turned down from the admissions’ offices of two Christian schools.

Christians need to--are called to--do better. We need to listen to those like Hawkins and Graves who are seeking to develop a more holistic pro-life ethic.

“My hope is that both of these stories—Sarah’s and Maddi’s—will motivate Christian high schools and universities to reexamine what often turn out to be sexist and death-dealing disciplinary policies and procedures,” writes Graves. “In addition, my desire is to hear from those schools who are balancing consistent pro-life policies with pro-abstinence policies. How beneficial it would be for our Christian high schools and universities to learn from those doing it well!”