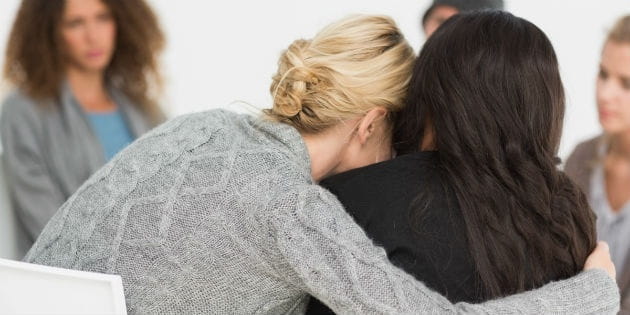 She opened with, “You don’t know me, but you’ve been inside me, and that’s why we’re here today.” Reading that sentence was all it took for there to be chills on my body and tears in my eyes.

We know her as the Stanford rape victim. In court, they called her Emily Doe to protect her privacy. We know the name Brock Turner now, because he was the rapist. He was the boy who forced himself onto a woman who was unconscious from drinking, he was the boy who violated her and didn’t even know her name, he was the boy who got off with a mere six months in prison for a crime that deserved more than a decade.

His own father defended him, saying that jail time at all is “a steep price to pay for 20 minutes of action out of his 20 plus years of life.”

I’m horrified by that.

The issue here is that a boy raped a girl. There is no other way to define it or justify what he did. She did not say yes, she did not consent, she was not aware of what was happening, and he violated her anyway.

John Pavlovitz wrote a response to Brock Turner’s father, where he said: “The idea that your son has never violated another woman next to a dumpster before isn’t a credit to his character. We don’t get kudos for only raping one person in our lifetime. I don’t believe your son is a monster but he acted like one and that needs to be accounted for. To be sure, this decision is not the sum total of Brock’s life, but it is an important part of the equation and it matters deeply.”

A woman, no matter what state she is in, drunk or sober or conscious or passed out, is not an object.

You cannot look at this and say, “oh, boys will be boys.”

Because, “When the prevailing thinking is boys will be boys — girls will be garbage,” Ann Voskamp writes. “And that is never the heart of God.”

This whole awful thing happened by a dumpster, but that young woman is not garbage. Even if she doesn’t remember the rape itself, she will be dealing with the consequences of it for the rest of her life. There will never be a time she does not feel the hurt of it. It might have been 20 minutes for him, but it will be forever for her.

Six months of jail time for the rapist seems steep? No. “Steep will be the amount of time, energy and financial resources that will go into undoing what Brock has done,” Kyle Suhan writes in a message also directed at Brock Turner’s father. “Undoing is the wrong word here, what he did can never be undone. It can only be rewired, reworked, processed and worked through again. When she is but a distant bad decision in your life, you will be a permanent fixture of her subconscious.”

He then speaks directly to all mothers and fathers: “We, as parents, should all feel socially responsible to parent children who are upstanding citizens; children who grow into men and woman with integrity. We need to raise men who value the lives of other people, especially women. Men who do not violate women for self-satisfaction.”

The heart of the issue here is consent. Emily Doe did not consent. She was not in a state of mind to be able to consent. If you’re still unsure about what it means to consent, this video illustrates a very simple and powerful way of thinking about it.

When a friend of her tween mentioned to Glennon Doyle Melton that his girlfriend seemed uncomfortable when he hugged her at school, this was her response:

“‘Did you ask her if she wanted a hug before you hugged her?’
‘A couple months ago I asked her if we could hug at school and she said yes.’
‘Hm. Okay. That's good. But here's the thing about affection and touching girls: You have to ask them EVERY NEW TIME. With your words. You cannot ask with your eyes or hands or arms or anything other than your words. If you want to hold T's hand....you have to say, every single time..."T, can I hold your hand?" Her yes two months ago means nothing today. Her yes an hour ago means nothing right now. You start over every single time. And you listen not just for her consent but her ENTHUSIASM. You ask and listen. Every time.’”

Despite the sickening outcomes of this case, we can have meaningful and necessary conversations with our children, teenagers, young adults, and even friends about what consent and respect look like. Yes, it can be frustrating to even begin the conversation in the Christian space, because talking about consent carries a degree of admitting unmarried sex is happening at all. But we can simplify it by looking at the example Jesus set for how to treat women in general, and we can model it accordingly.

Halee Gray Scott shared a convicting message for all Christians in her article “The Stanford Rape Victim Said the Words I Couldn’t”:

“Throughout the Scriptures, Christians are urged to pursue justice and defend the defenseless. The mother of King Lemuel urged him, “Speak up for those who cannot speak for themselves, for the rights of all who are destitute. Speak up and judge fairly, defend the rights of the poor and needy” (Prov. 31:8–9). And in Jeremiah, “‘He defended the cause of the poor and needy, and so all went well. Is that not what it means to know me?’ declares the Lord” (22:16).

If the public would not turn away from the horror, if they would not diminish the terrible truth of what victims endure, it could turn the tide of thousands of years in which women have been blamed, disbelieved, and discarded for sexual assault. It could give us hope for some measure of justice after all.”

In other words: Let’s be Christians who are like Christ in everything we say and do.

As Emily Doe concluded her powerfully brave message to her rapist by saying, “to girls everywhere, I am with you,” may we say back to her and victims everywhere: we are with you.