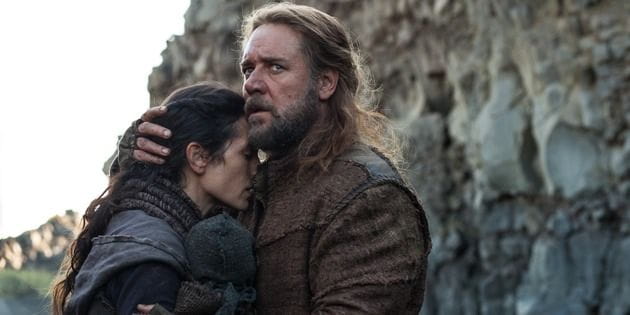 Now that the Darren Aronofsky’s movie Noah has hit theaters, Christian leaders are just as divided on the film. Some say it is a feast for the eyes and mind, and others call it an attack on Scripture.

Those who see the movie as either an “action film” featuring Noah or an artistic exploration of the character from the Bible have touted it as a visual success that “never preaches.” Those who expect the Biblical story of Noah have strong cautions about this film.

Dr. Gregory Thornbury, president of The King’s College, thinks the film works as a sort of “midrash,” a type of commentary on the Biblical account in Genesis. While he says the movie is worth seeing, he does offer some theological objections:

“...the film entirely misses the covenantal structure of the Noah story. In the text, God clearly sets his love upon Noah as an expression of grace. Through Noah, a righteous man, the entire family is saved. Never is there any hint in the Bible that Noah or those he loved were ever in jeopardy. Surely this is a picture of the good news. Even in the harsh, hyper-realized biblical world Aronofsky depicts, through a miracle, those upon whom God set his love were never meant any harm. This is a message we need to hear too.”

For Ken Ham, president and CEO of Answers in Genesis, these “misses” aren’t just unfortunate; they’re much worse:

“So the Noah character in the film only cares about saving his family and the ‘innocents’—the animals. This is an incredible way to interpret the Bible, especially when we know from 2 Peter 2:5 that the biblical Noah was a preacher of righteousness. What is the point of preaching? To call people to repentance. Why would Noah be preaching of righteousness found in the grace of God (Genesis 6:8) if he only cared about his family and the animals? Misrepresenting one of God’s faithful servants (Hebrews 11:7) this way makes an absolute mockery of God’s perfect Word. It disconnects the New Testament from the Old Testament, a violation of sound biblical interpretation. Preachers don’t point people away from salvation.”

Paul Assay of Focus on the Family’s Plugged In publication also addresses the disconnect between the Bible and Aranofsky’s recreation of the Flood account in his own eyes:

“Director Darren Aronofsky offers a spectacular and often moving story, but it's obviously not the story of Noah. There's more Tolkien than Torah here, really, and more of Aronofsky himself than both of those. Perhaps this director made the Creator in his own image—full of mercy, magic and environmental sobriety. If you uncouple the movie from the Bible and take Noah as imaginative, fantastic fiction, it can begin to work. But hooked as it is to such a sacred narrative, well, let's just say it'll be hard for some Christians to swallow whole this fractious fable.”

For Rebecca Cusey at Patheos, however, anyone who expects the movie to reflect what the Bible actually says is “thinking too small.” The atheist Aranofsky made the account “much bigger, much richer, and much more exciting than [the few verses in Genesis].”

On Crosswalk, Christa Banister says the movie gives the viewer some breathing room:

“Drawing a clear line between the ways of God and man, Noah is rife with theological exploration but never gets preachy. Instead, the viewer is given room to reflect, ruminate and ultimately, draw his/her own conclusions, something that flies in the face of many faith-based films that focus on a specific call-to-action point.”

But what kind of conclusion will audiences reach with such a fanciful take on Scripture?

What about you? Have you seen the movie? Will you? What’s your take on the film?