Do We Need Feminism?

Do We Need Feminism? 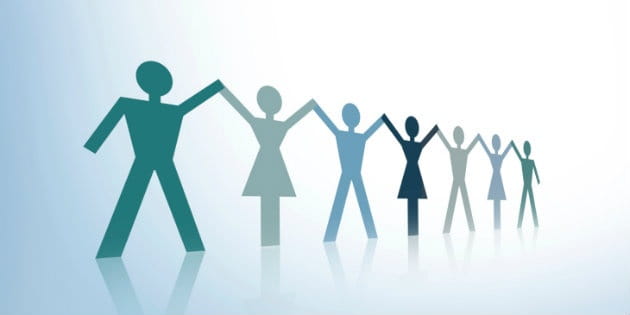 Feminism as a political and social movement has a lot of baggage. And for many who grew up watching feminists put on radical displays and give anti-men vitriol, it’s practically a dirty word. But, like all socio-political movements, feminism has come in waves and continues to evolve. How should Christians think about it? Now that women in the U.S. can vote and get jobs, is there even a need for feminism?

Some Christian authors would say, absolutely. Others are staunchly opposed to even considering the term to be of value.

The dictionary explains feminism as simply:

“the doctrine advocating social, political, and all other rights of women equal to those of men”

“an organized movement for the attainment of such rights for women.”

However, Hannah Anderson notes that social media critics of feminism such as #WomenAgainstFeminism take issue with feminism for being “too white,” a “luxury of the middle-class,” dismissive of men, and disdainful of “traditional roles of marriage and motherhood.”

To a point, Anderson agrees, agreeing with influential Christian author Dorothy Sayers that feminism alone could never be enough to solve the world’s problems. Respect for individual human beings at the micro level is necessary for that, she explains. Or, as Anderson puts it, “we cannot advocate for women’s rights without first advocating for individual human rights.”

She goes on to quote Sayers:

…If you wish to preserve free democracy, you must base it—not on classes and categories, for this will land you in the totalitarian State, where no one may act or think except as a member of a category. You must base it upon the individual Tom, Dick, and Harry, and the individual Jack and Jill—in fact, upon you and me.”

Sarah Bessey, author of Jesus Feminist, shared in a multi-part interview with iBelieve.com that she believes the tenants of Christianity align easily with the feminist efforts to fight patriarchal systems and obtain equality for all people.

“There’s no part of me that sees that men need to be diminished in order for women to rise up, by any stretch,” she explains. Rather, she encourages women to walk alongside their brothers to continue to fight gender inequality where it is still found. “Every little bit we do, every small candle we light pushes back the darkness somewhere.”

And while it’s clear we in the West have made great strides in elevating women above babymakers and house-cleaners (as evidenced, for example, by the rise in acceptance of the modern stay-at-home-dad), an honest look at the world around us shows that “the radical notion that women are people too,” is still not universally accepted. Unfortunate examples in the Christianity community are the recent scandals of Bill Gothard and Doug Philiips, wherein young women testified to being groomed and sexually harassed in IBLP and Vision Forum ministries, showing that even some prominent, trusted men within Christian circles are still viewing women, in some way, as objects which fulfill the sexual desires of men. Many like Sarah Bessey use feminism to be vocal advocates against such mindsets.

Hannah Anderson sums up her article by writing,

“So do we need feminism? Yes and no. If you are looking to feminism to secure a bright future for oppressed women, you will be severely disappointed. Feminism alone cannot do this. For that, we need a vision for humanity that transcends categories and labels and protects and nurtures life wherever it is found—whether in a slum, in a mosque, in a prison, or in the womb. But that is a vision not so easily hashtagged.”

So, what do you think? Do you think is feminism still needed to achieve class and status equality in some places? In what ways can you help further global respect for human individuality?

Debbie Holloway is the Family Life Editor of Crosswalk.com.