Even Christian Bookstores Have Had It with Fake Testimonials about Heaven

Even Christian Bookstores Have Had It with Fake Testimonials about Heaven 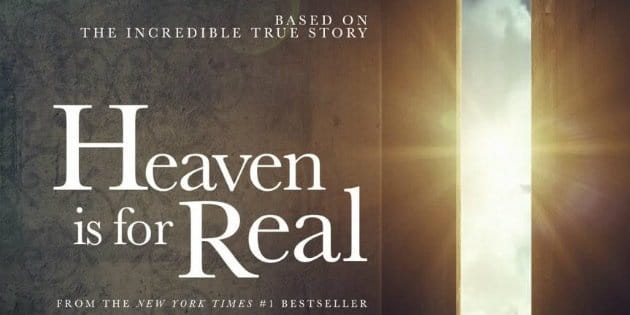 In the final installment of The Lord of the Rings, there’s a touching scene where the wizard Gandalf speaks to his companions about a land beyond death.

“Death is just another path, one that we all must take. The grey rain-curtain of this world rolls back, and all turns to silver glass, and then you see it. White shores, and beyond, a far green country under a swift sunrise.”

As a Christian, J.R.R. Tolkien knew that death was not the end, but the beginning. He’s wasn’t the only one either. Other artists have attempted to describe Heaven through their work; from C.S. Lewis, to bands like MercyMe, and while most Christians applaud their work, some choose to take it one step too far. They don’t just imagine Heaven, they claim to have actually seen it. According to Ruth Graham, these testimonials have got to stop,

“Last week, one of the largest chains of Christian bookstores announced that it will no longer carry ‘heaven visitation resources,’ the deliciously batty genre that includes the best-sellers Heaven Is for Real and To Heaven and Back. LifeWay Christian Resources said in a statement that they stopped ordering ‘experiential testimonies about heaven’ last summer, and have now removed remaining products from its stores and website. Theologically speaking it’s a sensible and belated move, one that has likely taken so long because of the immense amount of money these books bring in.”

Graham argues that the credibility of these books is dubious at best. They rely too much on the author’s personal testimony which are often antithetical to scripture. She insists that the reason most Christian bookstores have waited until now to eject them has largely to do with profit, rather than any spiritual conviction. It’s a harsh claim, but Aaron Griffith of the Religion News Service is inclined to agree with her,

“It seems safe to assume, though, that at least a large chunk of those who are fascinated with afterlife tourism are indeed evangelical Christians. Pat Robertson’s Christian Broadcasting Network dedicated multiple segments to heavenly visitation stories. Liberty University and other evangelical schools have hosted their own Heaven Is for Real events. And the upcoming 90 Minutes in Heaven film is being produced by Family Christian stores and marketed toward evangelical audiences.”

Death can be a frightening thing. As Christians, we lean on the blessed assurance that Christ waits for us in His Father’s house, which we are told has many rooms (John 14:2-4). It’s a comforting, and exciting promise, but like all great gifts, it cannot be revealed until its appointed time. Christians need to start practicing a new and shrewder discernment on subjects like “Heaven Experiences”. We need to understand that Christ will reveal Heaven to us in His own time, and for now, our place is here on Earth.

As a great wizard once said, “All we have to decide is what to do with the time that is given to us.”

What about you? Do you believe Christians should stop reading Heaven Testimonials?