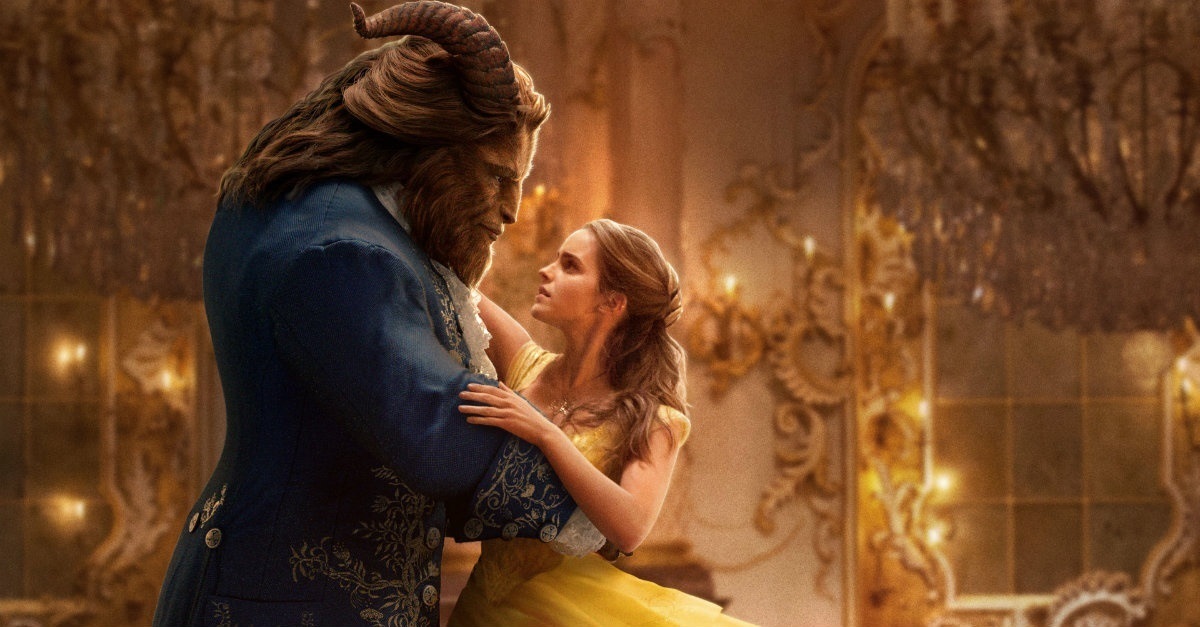 Last night, my Facebook feed went wild with post after post from friends who had snagged tickets to Disney’s live action “Beauty and the Beast” on pre-opening night. “AMAZING!” commented on friend. “Fantastic… still amazed,” wrote another.

On March 1, news broke that the beloved Disney classic would have a surprising twist: LeFou, Gaston’s loyal sidekick, would be wrestling with his sexuality.

As “Beauty and the Beast” director Bill Condon told Attitude magazine, “LeFou is somebody who one day wants to be Gaston and on another day wants to kiss Gaston.”

The director also commented that the movie would make history with Disney’s first “exclusively gay moment.”

Immediately, headlines broke across the country as liberals cheered this announcement, while conservative Christians grieved. I listened to Christian parents respond in a variety of ways… some were angry that Disney would take this stance, while others voiced frustration that they could no longer take their children to see the movie in good conscience.

Overwhelmingly, most people seemed shocked, or at least surprised. But shouldn’t we have seen this coming?

Desiring God guest contributor Jasmine Holmes writes, “What’s surprising to me is the idea that now Christian parents are saying they won’t blindly take their kids to see Beauty and the Beast. Now they realize they can’t implicitly trust a secular company not to market their Christian worldview in their movies. Now they’re drawing a line in the sand. Should this really seem so new to us?”

Open homosexuality has been a part of our culture now for decades. Gay marriage has been legal in all 50 states for nearly two years. We should not be surprised when more and more gay characters crop up in media (which comes from liberally-dominated Hollywood), even children’s movies.

Remember, Disney is not a Christian company, nor did it ever claim to be.

Disney’s mission statement says it “is to be one of the world's leading producers and providers of entertainment and information. Using our portfolio of brands to differentiate our content, services and consumer products, we seek to develop the most creative, innovative and profitable entertainment experiences and related products in the world."

Did you see anything there about proclaiming the gospel of Christ? Me either.

So let’s stop making Disney into a villain. They haven’t performed a bait and switch maneuver on us here. They are simply following their beliefs, and catering to the culture around them.

Holmes writes, “Genuine believers in Jesus are more and more in the minority, and it’s time for us to stop acting like we think it’s the mass media’s job to cater to us. Our calling as exiles is to go into every movie, song, book, and conversation with our eyes open. We shouldn’t become outraged because of the words of a director, likely looking for publicity, stirred up controversy about his new film.”

It would be far more beneficial for us to determine how we as Christians should guide our children in this current cultural climate, rather than get upset with a multi-billion dollar company over something they never promised.

“Disney’s agenda may or may not come as a shock to us, but it should come as a timely reminder that we cannot relegate the work of teaching our children to Disney or Pixar, to Dora or Sesame Street. We can no more blindly take our kids to Disney movies than we can blindly sit them in front of the television to watch cartoons. This world is not our home, and this culture is not our ally, and our level of vigilance should reflect that,” Holmes writes.

Now let’s talk about the movie itself, and stop dancing around the problem. We know that Condon promised “a nice, exclusively gay moment,” but he left it at that. It’s important to know what we are fighting against, so what exactly does that mean?

She continues, “There's LeFou, who does appear, shall we say, unclear about his orientation. Condon said LeFou ‘one day wants to be Gaston and on another day wants to kiss Gaston,’ though to me it came off more as adolescent hero-worship than anything else. Does LeFou want a romantic relationship with his idol? Possibly, sometimes, maybe. Does he realize that? Not necessarily. Is that relationship consummated on-screen in any way? No.”

But there’s a little bit more we need to know:

“Much later, at a ball, in one of those complicated dances where everyone swirls about changing partners, two men find themselves dancing together and appear pleased about it. This, I believe, is the ‘gay moment’ in question. The whole thing lasts maybe two seconds and is inconsequential to the plot.”

Are those moments enough to keep you from taking your children too see “Beauty and the Beast”? It’s your decision as your child’s parent, leader, and spiritual guide.

Holmes says, “...we are responsible for teaching and guiding our little ones.

“Maybe for your family that means making an informed decision to watch a movie now and have a pointed conversation about Hollywood’s agenda before or afterwards, or both. For another family, it may mean helping their child navigate a tough conversation with classmates about why they didn’t see the new movie. Either way, this is a valuable opportunity we must not miss.”

Parents, this might be a hard time for you. You might make a decision that leaves your children disappointed. But God never promised that following Him would be easy.

Sara Wallace of The Gospel-Centered Mom says, “This is the culture God has appointed for us to raise our children in. We need to know how to live in it and interact with it. Our kids are watching us. Our response to this issue will shape how they live within this culture.”

“We must raise alien children - children who are not surprised by or afraid of this culture, but know how to impact it for the gospel.”