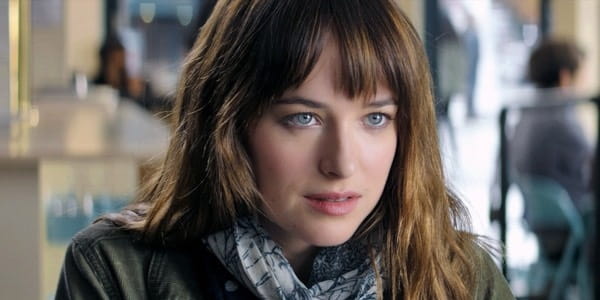 But Fifty Shades of Grey is a movie that has people from all over urging you not to see it. Why? Well, it’s just plain bad—for many reasons.

If you haven’t heard of the book-turned-movie, Fifty is a supposed “romance” between Anastasia, a young college student, and Christian Grey, a wealthy businessman. Nothing unusual about that setup for Valentine’s weekend movie releases. But unlike other romances, this one involves a gagging dose of onscreen sex, nudity, domination, and sadomasochism.

According to Al Mohler, president of the Southern Baptist Theological Seminary, just the fact that the book exists at all is bad enough:

“While many had noted the attraction of so-called ‘romance novels’ to many women, the arrival of the Fifty Shades series announced that the culture at large was ready to shift to what can only be described as explicitly pornographic. Furthermore, the plot line of the series, now quite well known in the larger society, is devoted to forms of sexuality that had historically been defined as perverse and abusive.

“The lost sense of shame is not only documented in the unprecedented sales of the series in book form, but also by the mainstream celebration of the movie.”

How lost is our culture’s shame? Early reports from box office watchers show that the movie is on track to reach record heights:

“On Fandango, Fifty Shades of Grey pre-sales rank fourth all-time behind The Twilight Saga: New Moon, Harry Potter and the Deathly Hallows Part 2 and The Hunger Games. All three of those titles opened north of $142 million, while the fifth title (The Twilight Saga: Breaking Dawn Part 1) opened to $138.1 million. This seems to suggest that a $100 million debut is a real possibility (Universal is more modestly predicting a $60-million-plus start).”

So, why is the movie so bad? Lee Grady, former editor of Charisma magazine, says we just need to call this movie what it is—perverted—and lists three reasons why Christians must avoid it completely:

2. It glorifies violence against women.

3. It totally perverts the meaning of love.

Another problem is that some in the media world, even if they dislike the movie, see the “submission” of Fifty as being of the same type as biblical submission. To them it’s all equally bad. Professor and author Denny Burk is appalled by the comparison:

“Why is it a distorted comparison? Probably the most obvious thing is that the biblical teaching on submission within marriage is just that—within marriage. The norm for all sexual relationships in scripture is the covenant of marriage. 50 Shades focuses on a sexual relationship outside that covenant. The Bible calls women to be subject to their ‘own husbands’ (Eph. 5:22), not to the perverted and predatory sexual appetites of men who aren’t their husbands. In fact, it is the willingness of women to submit to the sexual whims of men not their husbands that produces so much pain.

“In the Bible’s view of marriage, the sexual relationship between husband and wife is not exploitative or abusive. Rather, it is one that keeps covenant and that puts the interests and needs of one’s spouse before one’s own interests and needs (1 Cor. 7:1-6). The biblical framework produces a safe, loving environment for sexual expression not the repressive perversion of 50 Shades.”

Dr. James Emery White calls Fifty “one of the most salacious books” he’s ever read. But he does think that Christians can use the popularity of the movie to point people to the true meaning of sex:

“But Fifty Shades of Grey is just one sex scene after another, almost as if the point is to glamorize and promote bondage, domination, sadism and masochism. Sorry, but in terms from an earlier age, it’s just a dirty book.

So, now it’s your turn? Why is it that this book and movie have been so big in our culture? Why do think even some Christians have been caught up in this? What can we do to change the culture?