How Do I Show Love to My Prodigal Child?

How Do I Show Love to My Prodigal Child? 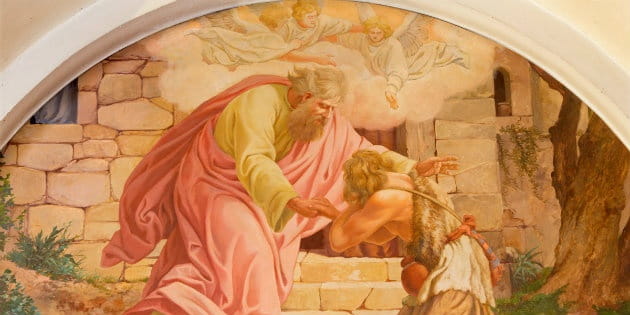 You’ve heard the parable of the prodigal son, and you’ve probably been asked the question: Who do you see yourself as, the younger brother or the older brother? But there are others who may identify with the father at this season in their life. Do you have a prodigal in your life? Maybe you see yourself as the father searching the horizon for his son to come home—waiting and hoping but not knowing. I cannot imagine anything more grievous for a parent.

Denise Kohlmeyer, writer for desiringGod, knows exactly how parents of prodigals feel because she is experiencing it herself. She has written an encouraging article titled “Six Ways to Love a Wayward Child” on desiringGod.org. Reading the story of the prodigal son from this new perspective, though she wishes she didn’t have to, has helped her discover six principles she practices daily as she waits. Here are three of her tips for parents of prodigals and others who may have prodigals in their lives:

You may think this is an odd first step, why would I release this person I love when I know they will make a mistake? Why would I knowing let them go out into harm’s way; it goes against a parent’s instinct and the instinct of all who want to protect those they love from danger. But Kohlmeyer reminds us that in the story, the father does exactly that. When his son asks for his inheritance, the father does not argue against him or try to stop him.

“And the younger of them said to his father, 'Father, give me the share of property that is coming to me.' And he divided his property between them. Not many days later, the younger son gathered all he had and took a journey into a far country, and there he squandered his property in reckless living.” –Luke 15:12-13

The father knew the integrity of his son; he knew his character…so he may have even thought that something like this would happen to his son…but yet he did it anyway.

“…in complying, I realized, he was really releasing this son. Releasing him to step into his own journey. Releasing him to face the uncertainty of his own future and the consequences of his choices and actions — good and bad. At some point, every parent faces this release.

From this father’s example, I have accepted that I too must let my daughter step into her own journey (while using wisdom and discernment within certain boundaries). I have had to release her, to allow her to make her own choices — good and bad — and to experience the highs and the lows, the sins and the joys.”

If you were not free to choose and free to discover for yourself what brings true joy, would you realize its beauty…would you discover that there is no life apart from it? Many times it is when we fall broken to the ground that we discover truth.

“While this son was living it up, wasting his life and his inheritance, the father, I imagine, was on his knees in prolonged prayer, upholding his son before his God.”

“Never stop praying or give up hope on your prodigal. It may be weeks, months, or years, but your prayers are essential for your prodigal to feel the “pull” home.

Your prodigal may be in a situation that does not allow him/her to come home or make contact. Form large prayer groups to cover your prodigal in prayer. More prayers, more “pull.”

Pray for your prodigal daily, even when you feel like you don’t have the strength. Ask God to open their eyes, and to place other believers in their life. Pray with your church, your small group or Bible study. Pray for patience and hope; lean into the Lord with your suffering.

Dr. Ray Pritchard expresses,
“Our prodigals may run from us, but they can’t run from our prayers. Perhaps we need to say less and pray more.”

Luke 15:20-24 says,
“And he arose and came to his father. But while he was still a long way off, his father saw him and felt compassion, and ran and embraced him and kissed him. And the son said to him, 'Father, I have sinned against heaven and before you. I am no longer worthy to be called your son.' But the father said to his servants, 'Bring quickly the best robe, and put it on him, and put a ring on his hand, and shoes on his feet. And bring the fattened calf and kill it, and let us eat and celebrate. For this my son was dead, and is alive again; he was lost, and is found.' And they began to celebrate.”

“There was no reprimand. No finger-wagging. No ‘I told you so!’ No ‘How could you!’

I pray that my response will be as compassionate, loving, gracious, and welcoming. I must put the pain aside in that moment. With God’s help, I will enfold her in an embrace that announces forgiveness, restoration, and unconditional love.”

You may have a lot of pain from what your prodigal did or put you through, but upon their return let love wash over you so you can show them the grace that the Father has shown you.

“And that, I believe, is one overarching message of this powerful story: There is celebration, not condemnation, when a lost soul has come to its senses through repentance — has appropriated the free gift of grace through faith in Jesus Christ (Ephesians 2:8–9) and thus has found its way Home into the open arms of a loving and forgiving Father.

How could I do anything less if and when my own prodigal returns? I too will celebrate her return with an abandon and an abundance that only God and his angels can rival.”

If God who is just and mighty and perfect can celebrate when his lost children come home, how can we not celebrate with complete forgiveness when our prodigals return home?

The Lord knows the pain of having prodigal children. He knows your pain. If your prodigal has not returned to the Lord, don’t give up. Keep praying and keep hoping in the Lord. Though it may be hard, Phil Waldrep remind us, “The toughest prayer is asking the Lord to do whatever it takes to get to the heart of your prodigal.”

Related articles:
How to Pray for Your Prodigal
A Prayer for When You are Waiting on the Lord