How Should Christians Respond to This Horrible Week?

How Should Christians Respond to This Horrible Week? 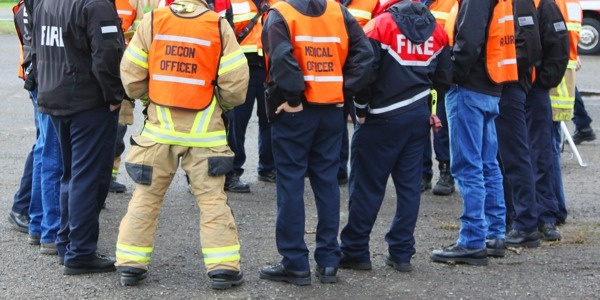 I can’t escape. All the planes crashing, troops invading, drought expanding, markets plunging, jobs disappearing—they’ve all been coming rapid fire this week. My social media streams have exploded with updates about catastrophe after catastrophe. News sites scream headlines about loss of life all over the world. My phone keeps buzzing with another breaking story about disaster.

I sometimes just have to turn it all off. To breathe.

So, what’s a Christian to do when there’s so much devastation being thrown our way all at once? Paul Brandels Raushenbush, executive religion editor at the Huffington Post, took a stab at answering this when he, too, felt the weight of so much happening in one day:

“What a horrible day. Israel has begun a ground offensive in Gaza, the White House is on lockdown, and a plane has been shot down in Ukraine. Today's news piles on an already shaking landscape of ISIS in Iraq, immigrant children suffering on the U.S. border, and still missing Nigerian girls.”

For Raushenbush, the main thing we need to do is remember that we aren’t powerless. Despite how overwhelming it might seem, we can, as humans, make a difference:

“But we are not impotent, and this is not ‘happening to us.’ We, the human race, are doing this to ourselves. These aren't natural disasters, or "acts of God." It's just us, humans, having completely lost our humanity. We are warring, and hurting, and intentionally or unintentionally killing one another through direct assault or indifference and neglect.”

Raushenbush does make an important point. The Internet has brought human pain at us with more urgency and ferocity than ever. We’re bombarded with suffering—images, videos, articles. This crush of information can easily make us feel overwhelmed and incapable of doing anything. Even with all that, though, we can still be peacemakers. We can still make an impact.

But where Raushenbush falters is in his insistence that humans can make peace by ourselves. For him, all we need is to “insist on peace,” and the world will start singing “Kumbaya.” But the only force strong enough to forge peace in the midst of a desperate world is the life-changing message of the gospel. It’s the gospel that can transform sworn enemies into brothers and sisters in Christ.

While we might prefer to ride out the storm in safety, the Great Commission doesn’t give us the option of hiding away to wait for the end to come, no matter how bad it is “out there.” We’re called to go—and go we must. It’s that gospel urgency that propels groups such as Samaritan’s Purse to rush into suffering  with outstretched hands. They know the Prince of Peace, and they aren’t going to stay where it’s safe.

Recently, Nabeel Qureshi sat down with Christianity.com to explain how the gospel reached through his Islamic animosity and transformed his life.

Christianity.com: I Was Looking for Allah, But I Found Jesus - Nabeel Qureshi from christianitydotcom on GodTube.

What about you? How do you deal with all the bad news that comes our way? How can Christians respond in a way that points people to Christ?