How to Find Real Life in a Virtual Reality World

How to Find Real Life in a Virtual Reality World 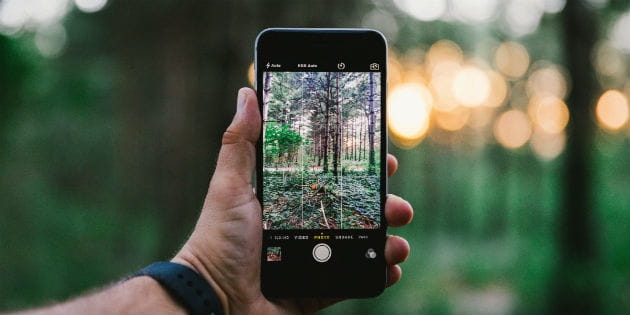 In the last few weeks more than possibly ever, I’ve seen people staring at their phones everywhere I go. We’ve long had emails and texts to distract us, we’ve more recently had handfuls of social media apps to entice us with updates, and now we have virtual reality games to steal our attention too.

We are more and more distracted, more and more drawn into these alternate realities that are distortions or enhancements of what actually exists in the world around us, and it comes with risks both for our safety and our sanity.

Karen Swallow Prior asks “Are we distracting ourselves to death?” and I have to wonder if we really are.

She shares French philosopher Jean Baudrillard’s definition of this phenomenon he calls the hyperreal:

“Hyperreality describes a postmodern, highly technological society in which the lines between the real and simulations of the real become hopelessly (although often purposely) blurred to the point that we can no longer distinguish between reality and imitations of reality.”

Things like Photoshop and pornography, theme parks and Twitter accounts, public figures and processed foods all blur those lines between what is real and what is curated, altered, changed, or fabricated.

Prior quotes many examples that illustrate how dangerous hyperreality can be for people today:

“For example, this month’s release of the mobile app Pokémon Go—a video game using ‘augmented reality’ (blending virtual reality with our actual surroundings)— has police cautioning players to be more mindful of the real world. One girl was hit by a car while walking into traffic and two men fell off an ocean bluff while playing. More generally, cell phone use plays a factor in one in four car accidents. Texting by pedestrians has grown into such a significant public safety concern that cities, campuses, and companies are taking measures to curb emergency room visits and even deaths from those ‘distracted while walking.’”

More than ever, we’re taking our eyes off of the world around us, the people around us, and the things happening around us to instead glue our eyes to a glowing screen in our hands. We become so attached to these alternatives that we start to forget what is actually real. (“Places like Disneyland cultivate our admiration for the fake until we start to prefer the imitation to the original,” Prior says as one example.)

It is dangerous, and it can be deadly. Can we stop it before it gets that far?

I haven’t bought into the Pokémon Go craze (and I doubt I will), but I’m just as guilty of being distracted by social media apps or blog posts or emails on my phone. I’ve realized more and more lately that as much as I love sharing photos on Instagram or tweeting about what’s going on in my day, life is more rich and more meaningful when I disengage from technology. Even just turning my phone off for the evening or switching off my notifications on the weekends feels like a breath of fresh air that brings me back to a more sane sense of reality.

When friends and I went to a local park to watch fireworks this Fourth of July, I didn’t even take my phone out of my bag. As I watched the impressive display, I realized almost everyone around me was watching through the lens of their phone, trying to capture it all through photos and videos. I couldn’t help but feel sad at the sight. None of those people were truly seeing the fireworks as they were intended to be seen. They were seeing a version distorted by their cameras and their screens, and all the while missing the fullest expression of exquisite, detailed beauty in front of them.

There is more to life, more to reality, than we see through our devices and our applications and our filtered lenses… we just have to step back and seek to see it. We need to remember where the lines are between what is real and what is fabricated, and we need to focus on the Creator more than the created.

“Imitation, of course, has its place,” Prior says. “After all, we are made in the likeness of God, and our ability to imitate is an expression of his image in us. But confusing reality with the imitation of reality robs us of the gifts each has to offer. In contrast to the hyperreal, God’s gift of imagination—which inspires the technology that fosters hyperreality—helps us to see not only what is real but what can and should be. Imagination helps us to improve reality, not to flee it. And the power we have to imitate and imagine is given by God not to escape his goodness and the world he created, but rather to live delighted in the world and the one who really made it.”

This week, I challenge you to live delighted in the world around you: the real world, the wonderful home that our Heavenly Father created for us, the one you’ll be amazed by if you truly take time to see it and engage with it.

Instead of distracting ourselves to death, let’s live fully and freely into the reality of this life God has given us.