Is Jesus Appearing to Muslims to Convert Them?

Is Jesus Appearing to Muslims to Convert Them? 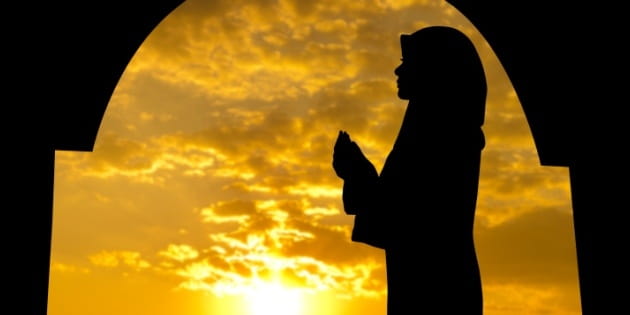 In the spirit of the New Testament command "test everything; hold fast what is good" (1Thess. 5:21) we approach today's question: Is Jesus really appearing to Muslims to convert them?

Extraordinary stories about this phenomenon keep appearing around the world lately. Many Christians want to rejoice that lost souls are being saved, but we also want to rejoice in what is true. It's not a question meant to offend. It's simply raised by millions of Christians in light of the great value that God places upon His written Word.

For valid reasons, followers of Christ throughout history have held subjective, personal stories at arm's length by comparison. After the original Apostles died and the canon of Scripture was completed, the foundation of the church was set (Eph. 2:20). Many Christians believe that visions and continuing prophecy undermine that foundation (see below). But should these "Christ vision" experiences of Muslim background believers be viewed differently? If so, on what grounds?

Nabeel Qureshi, a popular speaker and author, says in his book and online testimony that visions were instrumental in his conversion from Islam to faith in Christ. And Open Doors USA recently reported a remarkable conversion story of a former Muslim man in Iran named Taher. He would beat his family and even threatened to kill them because of their faith in Jesus. After Taher's family fled abroad, time passed and in his growing despair he cried out: "I will believe in the God who reveals Himself to me." According to his story (here), the living God answered his prayers through a dream.

Biblical scholar, Dennis McBride, evaluates this issue in great depth here at www.biblicalintegrity.org. In one standout section he writes:

If the Isa of Muslim dreams is not the Jesus of the Bible, who is he?
One option is a false Christ appearing as an angel of light (2 Cor 11:4, 13-15). But what could the enemy of our souls hope to gain from doing that? Consider this: we have already seen that people with sinful motives have preached Christ for selfish gain (Phil 1:15-18), so it is reasonable to envision the author of pride and selfishness doing the same and in the process potentially:

• Diluting the primacy, centrality and authority of God’s Word by establishing faith based on subjective revelations and experiences (John 20:24-29).

• Creating expectations of evangelism linked to visitations from Jesus. (Some Muslim outreach strategies now include praying that Isa will appear to even more Muslims so more will be saved.)

• Creating expectations of additional visitations from Jesus, such as during times of persecution, and the inevitable disillusionment and confusion that result when those expectations are not met.

• Causing division within the Body of Christ over this issue.

I mention those to illustrate how the enemy could benefit from a phenomenon that on the surface may seems like a kingdom divided. I have not concluded that visions of Isa are necessarily demonic, nor do I believe Muslims are not being genuinely saved. But Muslims who come to Christ do so in the same way everyone else throughout church history has: the Holy Spirit opens their hearts to the truth (Acts 16:14). But the spiritual harm that can result from connecting their faith to subjective mystical experiences can be great, as certain parallel revelatory claims of the Pentecostal and Charismatic Movements (as well as various cultic groups) have demonstrated over the years.

The question of whether these visions of Jesus are true or untrue can't be resolved in a short article like this. However, it should be understood that this is a debatable issue. Weigh both sides. Pray for wisdom. Above all, recognize the need for spreading the gospel and be active in doing so.

Your turn: what do you think? Is Jesus appearing in visions and dreams to Muslims?