John Oliver Unmasks the Corruption of the Prosperity Gospel

John Oliver Unmasks the Corruption of the Prosperity Gospel 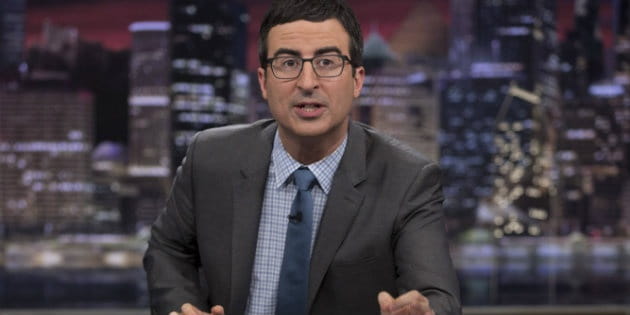 Comedian John Oliver is no stranger to contentious issues. His late-night talk show, Last Week Tonight with John Oliver, has covered everything from the legal standing of U.S. Territories, to America’s obsession with eating chicken. However, it’s his recent segment on Churches that should make Christian audiences pay attention. Over the weekend, Oliver called out televangelists and predatory ministries who use the Gospel to extort money from their listeners. In particular, he gave examples of how these organizations call their followers to send in “seed money” to validate their faith.

One familiar name that came up was the now-notorious televangelist, Creflo Dollar, who once campaigned to raise money for a private jet. As Crosswalk editor Carrie Dedrick pointed out,

“We may be comparing apples to oranges here, but I can’t help but think of German Bishop Franz-Peter Tebartz-van Elst, the so-called ‘Bishop of Bling,’ who made headlines last year for spending $43 million renovating his Limburg mansion...which included a $300,000 fish tank, $917,000 garden, and $2.38 million bronze window frames. Pope Francis, who calls leaders of the church to live humbly, has since accepted Tebartz-van Elst’s resignation from his post… Will church members and supporters call Dollar out for his blatant overspending?”

Another truly heartbreaking moment of the episode was when Oliver told the story of Bonnie Parker, a woman who did not seek treatment for her cancer because she believed God would heal her if she gave enough money. This kind of teaching is often referred to as the “Prosperity Gospel”, and as Crosswalk has noted before, it’s the worst pyramid scheme ever made! Like the money changers in Mark 11, those who preach the Prosperity Gospel turn the house of God into a den of thieves. As followers of Christ, it’s our responsibility to make sure the truth of God is not compromised by selfish agendas. We must remind the world that God gave His life to free us from sin, not to line the pockets of the wealthy.

The urgency for spiritual (and financial) accountability cannot be understated. Oliver even closed out the show by demonstrating how easy it was for corrupt ministries to take advantage of tax laws in order to increase their monetary gain, as noted by Relevant Magazine,

“But just as disturbing as the bad theology employed by donation-hungry preachers, are the loopholes in tax law that allow them to get away with it. Because of ambiguously-worded tax codes, setting up a legally recognized religious institution—which is then exempt to taxes—is so easy that Oliver established his own, ‘Our Lady of Perpetual Exemption.’ Yes, it even has a cheesy website and a 1-800-number 1-800-THIS-IS-LEGAL!”

What about you? What are your thoughts on the “Prosperity Gospel”?