Max Lucado on Trump: Where is the Decency?

Max Lucado on Trump: Where is the Decency? 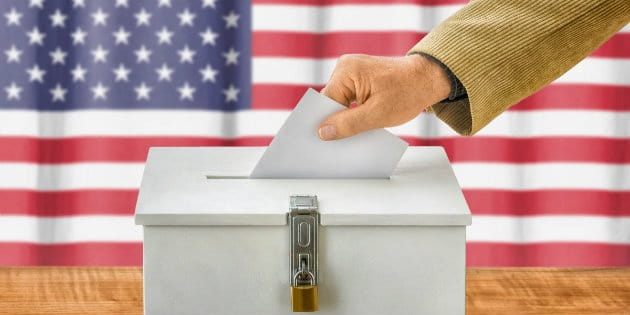 Every presidential race is dramatic. There are frontrunners and long shots and flashy headlines to spark attention. There are debates that stir up controversy and hard-hitting topics to be addressed, and it always feels like a bit of a show.

This time around, one candidate has amped that up with his personality. He evokes strong feelings in most Americans, to both extremes. There are countless articles lauding his untraditional approach, and just as many criticizing his comments and sending warnings to the masses.

Max Lucado took a fatherly and powerful approach in his article “Decency for President.”

He tells of how he interviewed the dates of his three daughters, wanting to know before he entrusted his children to their care that they were decent.

That one word cuts through the drama and the showiness of this race and gives us a simplified focus: decency.

I appreciate his sentiment. Lucado isn’t being aggressive or inflammatory, but his questions are provocative. In the midst of the heated debates, viral tweets, and media circus, I think it’s wise to take time to reflect and analyze the candidates before us. If we do value decency (which Lucado would argue we should, and I agree), are we supporting decent men and women in this race?

Lucado lists several examples of Trump’s antics: “He ridiculed a war hero. He made mockery of a reporter’s menstrual cycle. He made fun of a disabled reporter. He referred to the former first lady, Barbara Bush as ‘mommy,’ and belittled Jeb Bush for bringing her on the campaign trail. He routinely calls people ‘stupid,’ ‘loser,’ and ‘dummy.’” As any quick Google search will show, the list doesn’t end there, either.

So why is he at the top of the polls? “He has tapped into the anger of the American people,” Lucado explains. He then reminds that “anger-fueled reactions have caused trouble ever since Cain was angry at Abel.”

Is that the America we want? One fired up by angry people, led by a man not afraid to offend or belittle or ridicule?

“We can only hope, and pray, for a return to decency,” Lucado says. “Perhaps Mr. Trump will better manage his antics. (Worthy of a prayer, for sure.) Or, perhaps the American public will remember the key role of the president is to be the face of America. When he/she speaks, he/she speaks for us. Whether we agree or disagree with the policies of the president, do we not hope that they behave in a way that is consistent with the status of the office?”

Decency is synonymous with respectability, good form, decorum, and dignity. All sound to me like traits of a leader I would be proud to follow, and all are traits I ask and pray we as Americans value as we vote this year.