Modesty is about More Than Cleavage

Modesty is about More Than Cleavage 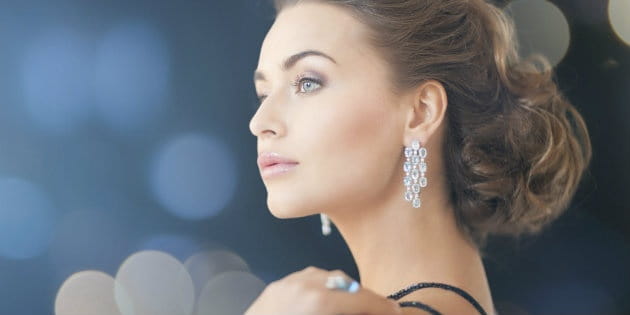 It’s happened to everyone. You’re out shopping, trying to buy milk for tonight’s dinner or maybe picking up a nice birthday card for Grandma, when you turn the corner and BAM! Suddenly you’re face-to-face with a person dressed like they’re one sock away from joining a nudist colony. We’ve all seen them; girls trying to pass underwear as outerwear, or guys with baggy pants pulled so far down it’s a miracle they can walk at all. It goes without saying, but modern society could use a bit more modesty.

That’s where Jen Hatmaker comes in. In her upcoming book, For the Love, this Christian author discusses a number of ways our culture has shifted to one of style rather than of one of substance. Hatmaker even tackles the subject of modesty in a playful promo where she encourages girls to be more fashion conscious,

“It’s time to go away, these trends we are enduring.” Says Hatmaker, holding up a pair of skin-tight leggings. “These are leggings, not pants… none of the top needs to be seen.” The same is true for yoga pants and other workout attire she insists, “I love leggings as much as the next girl, but when you wear them as pants instead of actual leggings under your real cloths, and I see you in them, and I can see this area for you. I feel like I’ve gotten to second base with you and I’m just walking around Target trying to shop. It’s just too much!”

All joking aside, modesty is a serious issue for Christians, and not always in the way you would think. Yes, it’s important for men and women to dress appropriately, that’s just common sense along with common dignity. However, modesty encompass other areas of life as well. Think about it, did you pay a small fortune for a smartphone you don’t really need? Is the car you’re driving supposed to get you places, or just show off?

How many of your Facebook posts include pictures of the latest high-quality entertainment you’re enjoying? As Crosswalk editor John UpChurch once noted, modesty extends far beyond the realm of fashion. He cites a blog post where a man was seen showing off his new boat,

“In fact, the focus of the photo wasn’t even a person at all. My [male] Facebook ‘friend’ had posted a picture of his expensive new boat. I know that it was expensive, because he alluded to the steep price in the caption, saying that he has the ‘best wife in the world’ because she ‘actually let [him] buy this.”

“You see what he did there (besides insinuating that the value of his spouse depends on her cooperation with his desire to purchase pricey recreational equipment)? Lest you accuse him of being uncouth, he cloaked his boast in a compliment of his ‘best wife,’ which means he actually disguised a brag by wrapping it in another brag. That’s kind of like hiding the shame of eating a Cinnabon by lathering it in a gallon of butter.”

The truth is, modesty is about more than what you wear, it’s about how you live. The Bible tells us to do nothing out of selfish ambition or vain conceit (Ephesians 4:2), to live in harmony with our neighbors (Romans 12:16), and forgo needless displays of grandeur (1 Peter 3:3-4). Sometimes, this means wearing clothing that doesn’t look like it was mauled by wolves, but more often, it’s about living a life where your worldly possessions take a back seat to knowing Christ.

What about you? What else do you think Christians can learn about modesty?