The Gospel According to Reality TV

The Gospel According to Reality TV 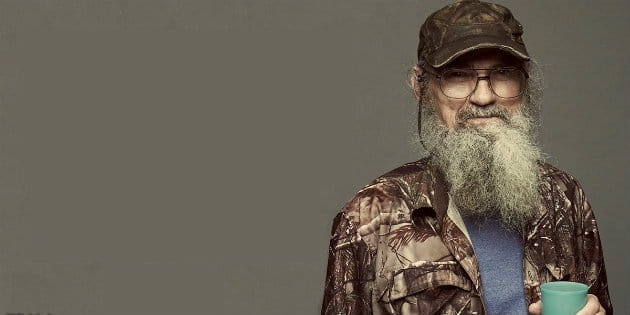 Right this moment, thousands of nameless Christians around the world wipe sweat from fevered brows, pray that armies won’t find them, or read what scraps of the gospels they can find. We’ll probably never know their stories, and they certainly won’t write books on spiritual formation that fill up our Kindles and iPads. We admire them, to be sure, but do we, as Christians, really want to learn from their hard lives? Or are we more likely to trust the wisdom of those who entertain us?

That’s the question Branson Parler wrestles with in a recent blog post:

Think about it this way: what is it that qualifies the Robertson family to write devotionals (the forthcoming Dynasty Devotional) and books about their approach to life (Happy, Happy, Happy). Why are Alan and his wife Lisa already writing a book about marriage? Ultimately, what accredits them is that they entertain us. They could be world-class scholars on the issue, but that’s not why we like them or read their books. After all, a lot of people value “faith, family and ducks,” but we don’t read their devotionals, life philosophies and marriage books. Phil Robertson is at the top of the New York Times Best Sellers list not because he’s a follower of Jesus but because he’s an entertainer.

Many will object, arguing that if entertainment gives you a way to speak to people about the Gospel, then it’s good that we have entertainers like the Robertsons. But the deeper question is whether the Gospel gets fundamentally distorted by our entertainment culture. If the medium is the message (Marshall McLuhan), then is the Gospel message really the same when it is delivered via reality TV celebrity culture? Paul’s preaching of the Gospel is accredited by his suffering as he follows Jesus, the suffering servant. But can the Robertsons tell the story of the rich young ruler or call us to “take up our cross?” Such a phrase cannot mean the same thing when uttered by a Jewish rabbi who is headed for a showdown with the powers that be and celebrity millionaires (or, for that matter, middle-class college professors like me).

Celebrities, such as the Robertson family, do have a platform for sharing the gospel to millions. That’s a good thing. They can reach an audience that might not ever go to church or ministry events. That’s why the eldest Robertson brother is leaving his church pastorate to join the show. He sees the opportunity to cross a divide and, as he says, to “minister to a lot more people.”

But, as Parler points out, entertainment has a way of creating an illusory world that can easily overshadow the message of the cross. Those who tune in may equate the quirky family’s faith as part of the “act,” rather than realizing the need for salvation. And even if the message does come through, does that message present the truth of a suffering faith (Philippians 1:29)?

For their part, there’s no questioning the Robertson’s desire to boldly present the good news, as you’ll see in this recent interview with Phil:

Now, it’s your turn. Do shows such as Duck Dynasty truly give an accurate account of what Jesus did for us and how we are to live as Christians? Can they?

John UpChurch is the senior editor of BibleStudyTools.com and Jesus.org.