What Would Jesus Have Us Do about Syrian Refugees?

What Would Jesus Have Us Do about Syrian Refugees? 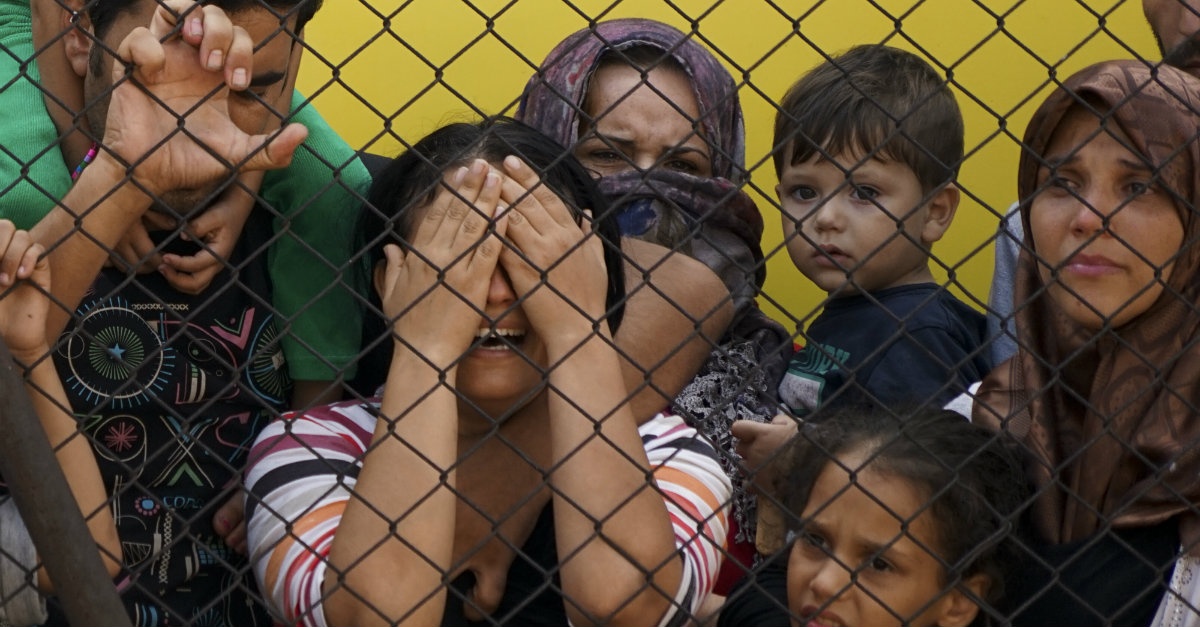 If you have been on social media at all in the last couple days, you will have likely seen the oftentimes heated debate of how to respond to the Syrian refugee crisis.

Especially as Christians, we face a tough dilemma: do we extend compassion or do we focus on protecting our own security--and are the two mutually exclusive?

These are questions that do not have easy answers. In fact, some of the articles out there on this issue are themselves meant to be thought-provoking pieces, rather than concrete opinions.

Bobby Ross Jr.’s article “‘Would Jesus Take in Syrian Refugees?’: Washington Post Asks the Right Question,” does not provide readers with an answer to the dilemma, but it does put us on the right track, which is first asking the right questions.

As Christians who live in America, we face perhaps a particular dilemma. Our patriotic and America-centric ideology is often so enmeshed with our Christian theology that we no longer know how to extricate the two.

Therefore, in order to begin to offer an insightful and wise opinion on the Syrian refugees issue, we must first take the necessary time to research, ponder, and prayerfully consider what Jesus requires of us in such a situation.

Ross applauds the Washington Post article for asking what he has called “the right question.”

“Would Jesus take in Syrian refugees?” asks author of the article, Michelle Boorstein.

“The question is particularly complicated for conservative Christians, who have become increasingly concerned in the last few years about the plight of Christians in the Middle East and simultaneously are often the most guarded about border security and increased immigration,” she continues.

A good place (the best place) to start in seeking God’s Will in the Syrian refugee crisis is God’s Word itself.

A Relevant article offers 12 Bible passages that speak to God’s commanded response to refugees and foreigners.

Deuteronomy 10:18-19 sounds almost shockingly fitting to the present case: “He defends the cause of the fatherless and the widow, and loves the foreigner residing among you, giving them food and clothing. And you are to love those who are foreigners, for you yourselves were foreigners in Egypt.”

If we substitute Egypt for wherever our ancestors came from, whether they arrived with the Pilgrims or came over on Ellis Island, or perhaps even as slaves from Africa, this verse will likely hit home.

In all of this discussion, as Christians we must seek to go beyond gut reactions and to reach for truth. We are unlikely to achieve a “lightbulb” moment of epiphany with a neatly presented answer, but we are still called to “not forsake wisdom, and she will protect you; love her, and she will watch over you.  Wisdom is supreme; therefore get wisdom. Though it cost all you have, get understanding” (Proverbs 4:6-7).

Neither peripheral compassion or peripheral anger will put us on the path to making an informed decision in this crisis.

Ross says of prominent evangelical author Johnnie Moore, “Despite his focus on saving Christian refugees, he called it “entirely reasonable” to pause immigration from Syria to review the process of screening applicants.”

Those like Ross and Moore suggest that there is room on this issue both for considering national security and for extending compassion. Our involved and strenuous task now is to determine the best course to maintain and achieve both.

iBelieve.com: Is W.W.J.D. something we should seek to live by? - Jessica Thompson from ibelievedotcom on GodTube.