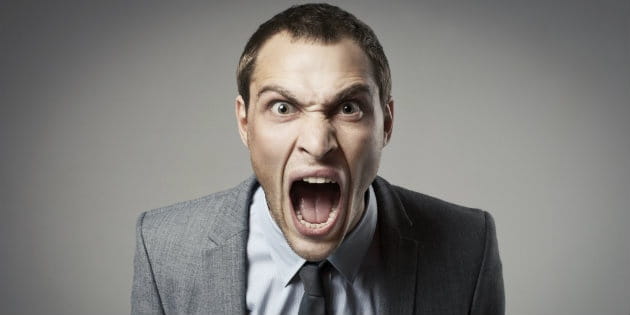 There are three cardinal rules to remember when you work for a web company. The first, always make sure your articles have plenty of links (like this one!). The second, never be late on Donut Day, you’ll regret it. Lastly, do not, under any circumstances, read the comments section. While I can proudly say I’ve mastered the first two after years of study, the third still gives me trouble.

Even on a Christian website, the comments section can be a veritable black hole of negative feelings. For every kind and loving remark, you’re sure to find at least three angry posts from someone looking to air their grievances. What’s truly surprising though, is how often some Christians use the story of Jesus clearing the temple as an excuse for their harsh language. They declare their feelings are no different than the “righteous anger” Jesus felt when he chased out the thieves and money changers. However, those who read the story in Mark 11 will notice that righteous anger, like working for a web company, comes with three very important rules.

“Jesus grabbing a whip and throwing people out of the temple who were using it for profit is a powerful story, because Jesus preached peace-making, not fighting. He preached patience and gentleness, not anger and violence. If He was getting that angry, it was clear that an extremely grave offense was being committed. The kind of behavior Jesus displayed in the temple that afternoon isn’t by any means forbidden, but it wasn't exactly a daily part of Jesus’ life, either.”

“The story remains powerful because it is an example of how we should reserve this type of action for rare occurrences of extreme injustice, not make it part of our regular lives. It should be so exceptional when we display this kind of righteous anger that people take notice.”

Secondly, righteous anger should be used to educate as well as discipline. Many Christians don’t realize this, but Jesus’ actions at the temple were also part of an elaborate lesson for His disciples which involved a fig tree and the fate of the Church,

“Like the fig tree, the Jewish faith looked good on the outside, but despite its appearance it wasn’t producing any fruit. Because it wasn’t providing for his people, Jesus decreed that he would let it fade, and raise up something new in its place: the Church. We are the new creation God planted for those hungry to know God; let's make sure we yield a bountiful harvest.”

Lastly, righteous anger should be tempered with mercy. Without a healthy dose of grace in our speech, we’re just being hateful. Crosswalk editor Debbie Holloway quotes Michael Hidalgo saying,

“If our words are to be filled with grace it demands we give a gift to others every time we speak or write words. And too many of us are not crazy about giving grace to others, because something in each of us knows grace is expensive. If we are to speak words full of grace it costs us something. Giving the gift of grace invites us to think outside of and beyond our agenda, our opinion and ourselves. And this is where the real difficulty comes in.”

So, the next time you feel angry and want to vent your frustration online, remember that righteous anger is not a tool to be used lightly. It comes with its own set of dangerous rules. Are you following them?

What are your thoughts about expressing righteous anger over the internet? Do you have anything to add?