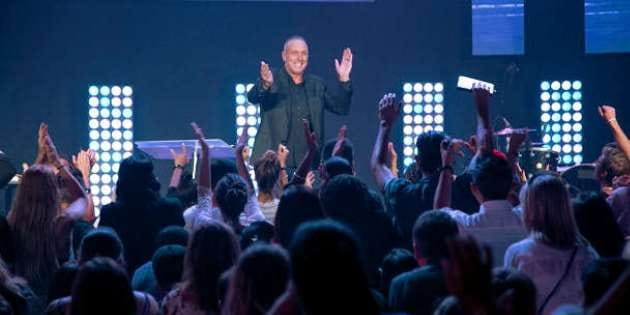 “It’s a prosperity movement for the millennials, in which the polyester and middle-class associations of Oral Roberts have given way to ripped jeans and sophisticated rock music,” said R. Albert Mohler Jr., the president of the Southern Baptist Theological Seminary. “What has made Hillsong distinctive is a minimization of the actual content of the Gospel, and a far more diffuse presentation of spirituality.”

At the time of this writing, Mohler has offered no further commentary or clarification about his statement. But unfortunately among Christians at large, such commentary from a discerning voice like Al Mohler often gets spun as jealous criticism. It’s common to see complaints like: “It’s not for us to judge,” or “This is the kind of Christian in-fighting makes the world see us as unloving and divisive.” Even CharismaNews.com posed the rhetorical question: “What's behind this trend of leaders making appeals to gospel stars such as…Hillsong? Is it the Lord speaking or another spirit?”

So, what’s wrong with Al Mohler’s critique of Hillsong? Nothing at all, actually. Rather, discerning critique from Christian leaders about ministries that profess to represent truth has both grounds and benefits. Christ’s command to go to your brother privately and show him his fault (Matt. 18:15-18) cannot possibly apply to public ministers who make public statements about what the gospel is and what the Bible says. People who claim to speak for Christ are naive in thinking that everything they do and say isn't to be carefully evaluated and—at times—critiqued publicly.

Greg Laurie, a Bible teacher not known for being particularly harsh or judgmental, has written that...

"As believers, we are indeed to make evaluations, to be discerning, and yes - to even make judgments. In fact, the Bible asks, "Don't you realize that someday we believers will judge the world? And since you are going to judge the world, can't you decide even these little things among yourselves?" (1 Corinthians 6:2). We are also told in Scripture that "judgment must begin with God's household" (1 Peter 4:17)."

Christian apologist and writer, J. Warner Wallace, views discerning leaders in the global church as being like tugboats to a large ocean liner:

“[Christianity] is a large, established institution requiring gentle nudging from the tugboats amongst us who want to change its direction.”

In other words, a great benefit that comes from having discerning theologians among us is that we are helped to bring our thinking into greater alignment with Scripture. Such careful thought may not always cater to our feelings or to the kind of idealism that wishes every professing Christian would join hands around a campfire and sing "Kumbayah." But the call to be discerning is more important than these things since being unified in the truth is the real thrust of Christ's prayer for His followers in John 17:19-23.

Your turn: Do you think Christianity is well served by just accepting all things without "judging?" Proverbs 27:6 says, "Faithful are the wounds of a friend." How have you been helped by a discerning friend or Christian leader?