What was the Star of Bethlehem? A New Theory

What was the Star of Bethlehem? A New Theory 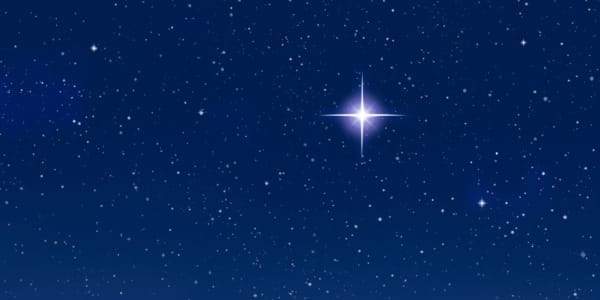 The star of Bethlehem fascinated Johannes Kepler 400 years ago so much so that the great pioneer of modern astronomy published a treatise on the subject. Astronomers have tried to explain the phenomenon that attracted the Magi to the birth of Jesus ever since. Christianity Today recently featured a new theory about it proposed by Michael Molnar, a former Rutgers University astronomer. He postulates that the moon passed in front of Jupiter while in Aries (read a more detailed explanation here.)

Now comes the really important question: So what?

I love Christmas. I’ve never been called a “Grinch.” But I have to admit, I get a little bugged when I read about scientists offering naturalistic explanations for biblical events that are clearly portrayed as miracles. It’s beyond the scope of this short post to discuss the background for why anti-supernatural thinking has become so widespread, but there is clearly a pervasive bias in our world against the notion that truth can come from a divinely inspired book. (Another recent example of the naturalistic bias was the recent movie on the life of Moses, Exodus: Gods and Kings.)

Matthew’s Gospel says that the light hovered specifically over the place where the Christ child was (Matthew 2:9). How gullible does someone have to be to believe that a light beam from a distant planet or star just naturally hovered over the home of Joseph, Mary, and Jesus? Either it was a miraculous act of God or it is pious fiction. End of story.

Matthew’s Gospel includes the account of the Magi because it aligns with Matthew’s God-inspired purpose (2Tim. 3:16) to herald Christ as the promised Messiah. Matthew is essentially saying to his readers that it was so clearly obvious that Jesus was the Messiah that even non-Jewish noblemen journeyed far to honor him. As one Bible commentator notes, these men “…were Gentiles, and not belonging to the commonwealth of Israel. The Jews regarded not Christ, but these Gentiles enquired him out. Note, Many times those who are nearest to the means, are furthest from the end.”

There may be worse things in the world than sitting around in a laboratory and postulating naturalistic explanations for biblical events such as the star of Bethlehem. But such speculation absolutely misses the point. The message is tragically lost when biased readers strip the supernatural out of the Bible.

The truth is, God actually came down to dwell among fallen people. Jesus is our long-promised Messiah. He lived a perfect life, died for sinners, rose again, and lives forever for us and our salvation. What better explanation is there for the good tidings of great joy than the one which came from Christ Himself?

“For God so loved the world, that he gave his only Son, that whoever believes in him should not perish but have eternal life.” (John 3:16)


Your turn: What are your thoughts about the star of Bethlehem? Do you believe it was a miracle, a natural event, or a myth that the early church simply invented?

See Also: What is the Christmas Star? by Dr. Roger Barrier on Crosswalk.com