What You Might Not Know about the Charlie Brown Christmas Special

What You Might Not Know about the Charlie Brown Christmas Special 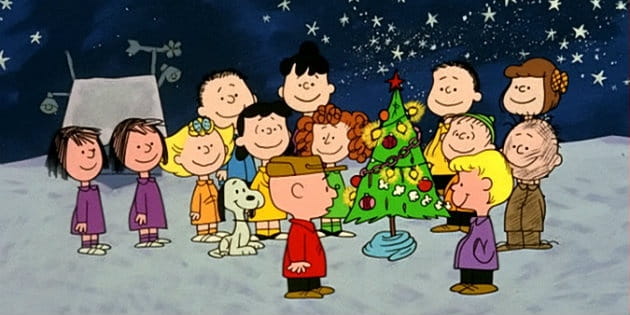 Multiple generations now have grown up loving A Charlie Brown Christmas, and new generations will probably continue to do so. But did you know that the beloved Peanuts Christmas special almost didn’t air? Media producer and writer Lee Habeeb tells World Magazine some of the issues CBS initially had with the episode:

“[Charles Schulz] put together a very unconventional program. First, children voiced over the children’s parts. This was something that the CBS executives were not happy with; the sponsors didn’t have a problem. The second thing was there was no laugh track. Charles Schulz didn’t believe we should be guiding people when and where to laugh. And last, and most important, was the scene in which Linus goes up onto the stage and recounts the Gospel of Luke.”

And what did CBS executives fear about recounting the famous nativity narrative? According to Habeeb, they assumed their American audience would dislike the “overt religious references.” They also expected that the audience would be confused by the jazz-heavy score of the special, something executives also misjudged. At Christian Headlines, Chuck Colson succinctly describes the lasting appeal and charm of A Charlie Brown Christmas, which succeeded where so many thought it would fail:

“I'm guessing it's no coincidence that, out of all the Christmas specials that claim to tell us all about ‘the true meaning of Christmas,’ this little cartoon is the one that everyone remembers and watches over and over again — the one that really gets the meaning.

…There are so many things to recommend this show, not least of which is its gentle skewering of the commercialism that surrounds our modern idea of Christmas.

…It's not heavy-handed, it's not an altar call, and it's not sentimental or sappy in the least. It's just a straightforward sharing of the gospel, as a direct response to the emptiness, frustration, and despair that are all that commercialism can provide.

It demonstrates what truly brings hope to the hopeless, not just at this time of year, but all year round. And it's a beautiful example of the power of Christ to infiltrate and transform culture.”

Are you searching for something that, like A Charlie Brown Christmas, can remind you of the true message of Christmas, and help combat the greed and consumerism of today’s society? Reading One American Evangelical Dad's 25 Rules of Christmas will be sure to inspire you to take hold of joy this season as you and your family prepare for Christmas in your own way. Or perhaps you’ll want to show your children another cinematic take on Christmas – such as one of the film versions of C.S. Lewis’ beloved The Lion, The Witch, and The Wardrobe. Christmas plays a small, but meaningful, role in that story – as beautifully summed up by Crosswalk’s Entertainment Editor Ryan Duncan.

““Always winter, but never Christmas.” That’s what the faun, Mr. Tumnus, tells Lucy when they first meet in the woods of Narnia. To a child, such an idea would be horrifying. No trees? No stockings? No presents? This White Witch really is evil!

But then comes an event that changes everything, the arrival of Santa Claus. In his first appearance since the evil queen covered the land in ice and snow, Father Christmas meets the Pevensie children with gifts, and a declaration that warms the heart of every reader,

‘She has kept me out for a longtime, but I have got in at last. Aslan is on the move.’

Over the years, many Christians have taken to the idea of a “War on Christmas.” We believe that if everyone starts wishing us ‘Happy Holidays’ or if we stop calling our decorations ‘Christmas ornaments’ that Jesus will somehow disappear. If we learn anything from this scene in The Lion, The Witch and The Wardrobe, it should be that nothing is further from the truth. God is stronger than commercialism, he is stronger than our fear, and he will be moving in this season regardless of what people call it.”

What’s your favorite Christmas movie? What helps remind you “what Christmas is really about,” as Linus tells the glum Charlie Brown? Tell your story in the comments below!