When Does Your Patriotism Become Idolatry?

When Does Your Patriotism Become Idolatry? 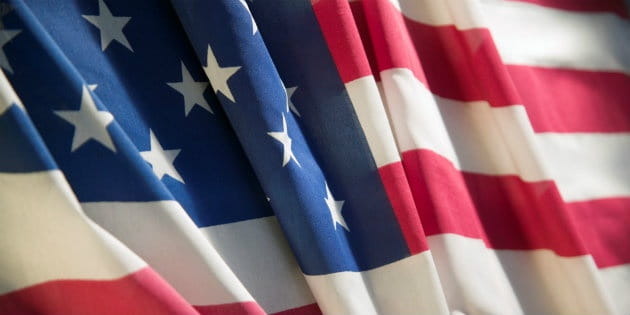 This past weekend, Americans everywhere celebrated our nation’s Day of Independence. Many of us packed suitcases, stood in lines at airports, and traveled hundreds of miles so we could share this time with friends and family. We crowded onto beaches, grilled enough burgers and hotdogs to feed a small army, and lit the sky with fireworks long into the evening. I’ve always been proud to call myself an American, and the 4th of July is a great time to reflect on the principles our country stands for. Like many Christians, the freedoms guaranteed in our constitution have had a radical effect on my walk with Christ.

But when does patriotism turn into idolatry? That’s a question Zack Hunt of Relevant Magazine began pondering in a recent article. It all began when Hunt noticed an American flag draped over Christ’s cross in a series of stained-glass windows. It troubled him to realize that so many Christians are comfortable with political symbols taking an equal standing in the house of God. He writes,

“What makes patriotism an idol in the Church, and not just bad theology or bad storytelling, is that the political ideology it brings with it can push out the need for Jesus and leave no space for the Gospel. Sure, there are some hints of Jesus still lingering around, but when “Americanized Christianity” takes over and the Gospel gets refined in the fires of patriotism, the story of the empire ultimately wins out and becomes a new story of faith...”

“We may continue to profess allegiance to Jesus, but our lives tell a much different story, one in which the Gospel has become supplanted by American political ideology such that theology seems strangely like a political agenda. When this happens, debates begin to rage about caring for the poor, the sick and the immigrant, debates which would be incomprehensible in any other era of the Church. When patriotism becomes an idol, the poor can become our enemies, the alien among us can become someone to be feared and the outcast can become someone we actively seek to marginalize. When patriotism becomes an idol, the ‘other’ whom we despise is the least of these.”

Hunt’s comments are certainly something to think about. The Bible is clear that man cannot serve two masters (Matthew 6:24), and as Christians, our first loyalty should be to the Kingdom of God rather than any kingdom of men. But in many ways the argument goes deeper than that. Christians must remember that we are bound by something much deeper than simple nationality, we are bound by the blood of Christ, shed for our sins. It is a bond that transcends the borders of countries, that transcends culture or race, that transcends even time itself.

Our heritage is a precious thing, and we can always take pride in the place we call home, but we must never forget where our true citizenship lies. Remember the words Jesus spoke about the kingdom of heaven,

“The kingdom of heaven is like treasure hidden in a field. When a man found it, he hid it again, and then in his joy went and sold all he had and bought that field.” - Matthew 13:44

What about you? Do you think Christians can turn Patriotism into idolatry?