When God Doesn't Comfort You

When God Doesn't Comfort You 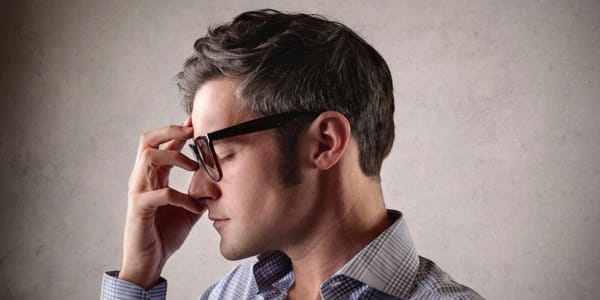 We like those images of God as a comforter, who shelters us under His wings, wipes away our tears, and generally makes us feel much better. Scripture’s stuffed with images and examples of our Creator’s care for us.

But then we get to those curious cases, such as with the prophet Ezekiel. He’s got the visions, he’s got the right mix of harsh words and sweet promises, and he’s got all the credentials of one of the Bible’s major prophets. However, that doesn’t make him immune to some pretty shocking treatment from God:

“Then this message came to me from the LORD: ‘Son of man, I am going to take away your dearest treasure. Suddenly she will die. Yet you must not show any sorrow. Do not weep; let there be no tears. You may sigh but only quietly. Let there be no wailing at her grave. Do not uncover your head or take off your sandals. Do not perform the rituals of mourning or accept any food brought to you by consoling friends.’ ” (Ezekiel 24:15–17)

Got that? “Your wife will die as an example. But don’t show any sorrow. Don’t even let anyone know you’re sad.” Where’s the comfort? The man had to go through the death of his wife to show the people of Israel the hard truth about their hard hearts? But Ezekiel trusted God, even then.

As Peter W. Chin points out in a recent excerpt on Christianity Today, sometimes we, too, must go through the valley of the shadow of death. His wife’s untreatable breast cancer took him all the way to the basement of his house, where he wept and mourned loudly. But a voice told him—rather pointedly—to stop:

“I can’t say for certain it was the voice of God. But these words did issue from some deep place within me. And they shocked me to the core. If this message was from God, it was not the encouragement I had been expecting. I always imagined that if there was to be a great emotional or spiritual epiphany in that season, it would come from being reminded of God’s love and faithfulness, something softer and more sympathetic.

“But what these words lacked in gentleness, they made up in raw truth. Thousands of women had breast cancer. Millions more had cancer of other types. Countless others have ailments that are equally terrible and life threatening, or more so. In the midst of everything we were going through, I never realized that our situation was not extraordinary. And my previous perspective—that tenacious assumption that our situation was unique in some way—was a lie, an illusion fostered by a sheltered and comfortable existence.” [Emphasis added.]

Chin sees this same pattern in the life of Jesus. On the night that He was betrayed, our Savior cried out in anguish to the Father, complete with great drops of sweat. But then Jesus stood and faced the brutality of the cross, and His example shows us what true faith is about. Here’s how Chin explains it:

“This is not to say that I had never used my faith before then, but mostly to help me face the piddling everyday inconveniences of modern life: ‘God help me deal with annoying coworkers. God help me discern which of these two awesome jobs is your eternal will. In Jesus’ powerful name, Amen.’ But this is not what faith is for, not really. Faith is not a breathing exercise to make us feel marginally more at peace in the midst of modern distraction. It is stern stuff that allows a person to stare into the darkest void and walk straight in. Faith was made for hardship, suffering, fear, and sickness, for nights like that night.”

In a recent article, Lori Freeland echoes this sentiment. When her son relapsed with leukemia, she faced a challenge to her faith like never before:

“Life isn’t fair. Bad things happen. People make bad choices that affect others. Death and disease and heartache walk among us every day. But in the midst of all the chaos and confusion, in my heart I’ve heard God’s voice and felt his peace. Somehow, that had always been enough to make life right.”

What about you? When have you had to face a challenging season in life? Do you agree with Chin that faith means shouldering through, even when we don’t see relief?