Why a Messy Church is the Best Kind

Why a Messy Church is the Best Kind 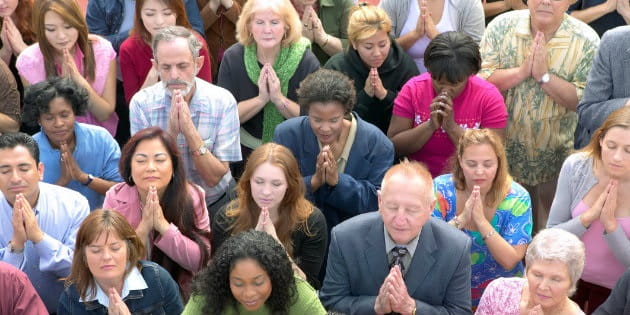 I have been a Christian for most of my life, and in that time I’ve met a number of people who had a profound effect on my faith. One of them was a young man from my Sunday school group. We never knew each other well, he would mostly stay on the margins of weekly gatherings, but we did talk occasionally. The last time I saw him, he had been absent from our meetings for several months. When I pressed him to see if anything was wrong, he gave a long sigh and said he was just, “Tired of the Church.”

He was tired of the feigned pleasantry and shallow relationships. He believed the Church cared more about moral exteriors than it did about people, and he no longer wanted any part of it. At the time I had no idea what he was talking about. Later though, after a rather difficult year, I’d come to understand what he meant. Christians can get pretty obsessed with the appearance of holiness, we prefer it when everything is simple and clean, and when people fall in line. If there’s trouble, it’s best just to remove the problem and move on. But this is not the Church God has called us to build.

Over at Desiring God, Pastor Keith Welton writes how every good church should be messy. Even at the best of times, Christians must accept that the Church is made up of imperfect sinners who are struggling to know and understand a loving savoir. Rather than push back against conflict, Welton believes we should be humbled by those who are hard to love,

“God is bringing people of different backgrounds, nationalities, socioeconomic statuses, and spiritual maturity levels together (Ephesians 3:10). The church’s diversity is a beautiful thing, and part of the beauty is that it grows us by bringing us into orbit with people unlike us — sometimes with people who are hard to love.”

“Loving lovable people is easy. Associating with unlovable people in unlovable situations will always make us marvel at the love of Christ. It forces us to grow in knowing and sharing that love. In the mess, we will find beautiful displays of forgiveness, compassion, humility, and reconciliation. These never would have been seen apart from the mess”

Welton’s thoughts are echoed by a number of Christian writers and theologians, including author A.J. Gregory who believed Christians needed to embrace their own imperfections. In his opinion, Christians can only be honest about their faith when they stop trying to maintain an appearance of moral superiority. Honesty and humility must come first. He writes,

“Don’t waste your time or energy trying to be or seem perfect; it’s futile. Take a hard look inside your soul and ask God to help you see all that truly lies within it. What kind of imperfect attitudes and behaviors do you notice? Tell the truth about them – to yourself, to others, and to God. Admit the ways you fall short in what you think, say, and do. Recognize that all human beings have the capacity to sin in every way if they’re not regularly relying on God to help them. Instead of aiming to be a perfect Christian, focus on becoming a true Christian – one who stays connected to God through struggles and keeps maturing in the faith. Rather than trying to look, act, and sound like a person who has it together all the time, simply be yourself. Expect God to continue to work through you as you continue to trust Him.”

Scripture encourages believers to value their integrity above any outward reputation (Proverbs 11:3). With so much conflict in the world today, it’s important for Christians to accept that our faith will get messy. There will be moments when we don’t know what to do, and hard decisions we’ll have to make. All that’s important, is that God is capable of taking our messes and transforming them into something beautiful.