Why Advent is as Important as Christmas

Why Advent is as Important as Christmas 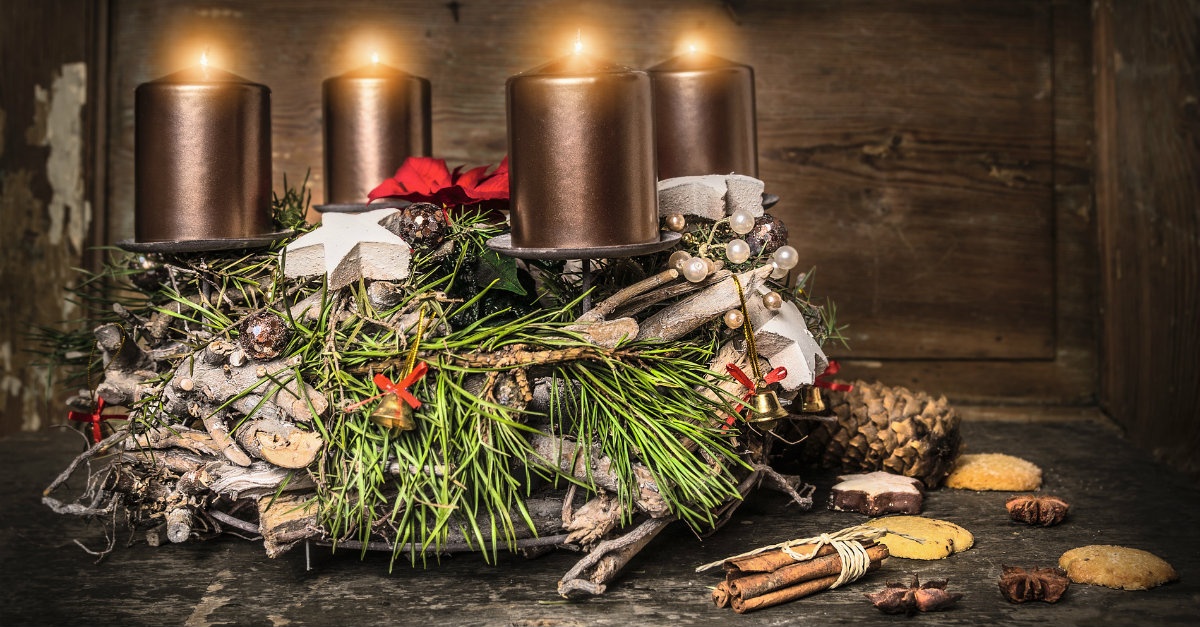 The season of Advent began last Sunday. The word “Advent” means “coming,” which makes sense because during this season, Christians remember and celebrate the coming of God to earth as a little child.

I grew up celebrating Advent. Every year on the first day of Advent my mom would bring out our Advent wreath with the four candles--three purple, one pink--marking the season’s four weeks. My siblings and I would argue over who got to open the tiny “doors” on our Advent calendar that told the Christmas story, a verse at a time. And each day we would complete a different activity to prepare for the Christ-child’s coming: draw a Bethlehem star, say a prayer thanking God for Jesus, wrap a gift to someone to remind you of God’s Gift.

These Advent celebrations gave the Christmas season a special wonder, reverence, and anticipation that I often feel I need more of. Perhaps you feel the same.

To reclaim our Advent celebrations, it may help to better understand the reasons why we celebrate these four weeks leading up to Christmas as a specific season.

In his article “Christmas Is Too Big for One Day: Why We Celebrate Advent” on John Piper’s Desiring God website, Andreas Köstenberger writes about the anticipation that runs all through the Bible leading up to the birth of the Messiah, and how this is a parallel for our modern-day celebration of the Advent season when we also mark the coming of the Savior.

Köstenberger gives a summary of the Bible’s history and how it all points to the coming Messiah--Jesus.

From the first prophecy of Jesus’ coming and his conquering of sin and death in Genesis 3:15 to God choosing Abraham and promising him descendants as numerous as the stars of the sky (Genesis 26:4) to God raising up David, a “man after his [God’s] own heart” (1 Samuel 13:14) to the centuries of the minor prophets when Israel was exiled and longed to again have a king on the throne--”All this sets the stage for the Messiah,” writes Köstenberger.

In his article “Evangelicals, It’s Time to Reclaim Advent” on Crosswalk.com, Pastor Tim Chester also speaks to the fact that the Bible is leading up to the announcement of a Savior:

“God’s ultimate purpose was not to liberate his people from slavery in Egypt, but to liberate us from the slavery of sin and death. And the ultimate means of liberation was not the blood of a Passover lamb, but the blood of Jesus, offered at the cross. ‘I have come down,’ God said to Moses. And God was indeed present with his people to rescue them from the Egypt. But how much more is that statement true of Jesus. In Jesus, God has come down in person. The baby in the manger is ‘Immanuel,’ God with us.”

The whole Old Testament--and first chapters of the Gospels--can be viewed as a building up of anticipation for the Messiah. Waiting for Christ’s coming, for God’s promises to be fulfilled, is something that God’s people have done for centuries.

And so we do it too in the season of Advent, choosing to reflect on the miracle of God coming to earth as a little child to atone for our sins and bring peace between God and man.

“Being mindful of this larger story of God’s promise to his people,” writes Köstenberger, “we finally can understand the angelic announcement in Luke’s Christmas story in its fuller biblical context:

‘Fear not, for behold, I bring you good news of great joy that will be for all the people. For unto you is born this day in the city of David a Savior, who is Christ the Lord.’ (Luke 2:10–11)”

“We will marvel for eternity over the coming of God himself to save his people from their sins, and Advent’s four weeks of awe are a good place to start.”


How can you use the season of Advent to prepare your heart for Christmas?