Why are We Okay with What the Bible Condemns?

Why are We Okay with What the Bible Condemns? 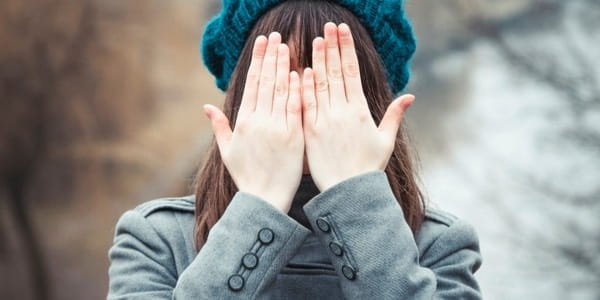 Over the last year, I’ve been really smacked around by Romans 12. My wife and I have spent many hours talking about what exactly makes us different, what makes us set apart in this world as Christians. The world is crazy busy—are we? The world loves having more and more stuff—do we? Do we conform—or do we transform? Why would anyone see our life as unique enough to want to know why we live the way we do?

It’s been a sobering year, seeing all the ways that I just go along with whatever without examining it for the “pattern of this world.” I’m that living sacrifice that crawls off the altar too often. And my goal is get back to that “holy (set apart) and pleasing to God” part (Romans 12:1).

According to Joe Carter, editor for The Gospel Coalition, we American Christians as a whole have been far too bent and molded and shaped BY the world, rather than shaping the world by our witness. Why does he think that? Recent Gallup stats show a disturbing trend when it comes to what Americans consider “morally wrong.” In short, not much:

“There are many reasons that Christians are rejecting Biblical moral norms. Some are merely ignorant about what the Bible teaches while others are clearly in rebellion and willing to pervert or reject God’s Word to gain popularity with the secular culture. In almost all cases, though, the root issue is an unwillingness of Bible-believing Christians to simply state, ‘You can’t be obedient to Christ and consider behavior he abhors and condemns to be “morally acceptable”.’ ”

“Perhaps it’s because we fear being called ‘legalists’ for standing up for what the Bible teaches. Maybe we believe that people will flee our churches if we require them to adhere to the Bible’s moral commands. Or maybe we are ourselves are too Biblically illiterate to provide counterarguments to the those who claim that the ‘red letters’ in the Bible can be used to justify behaviors that the ‘black letter’ clearly say are sinful.

“For whatever reason, we are failing to be faithful to Christ and his call to proclaim the gospel when we allow Scripture to be perverted and rejected by those who claim to be our fellow believers….”

In an article on Crosswalk.com, Dr. Ray Pritchard wants us to get behind the symptoms of our moral illness and reach down to the root cause:

“But on a deeper level, it matters greatly because what you do or don’t do sets a course for your own life. We don’t have two different standards—one for our teenagers and one for our divorced adults who fall in love with each other. It’s one standard across the board. What you do impacts your walk with God, your relationship with each other, the standard you set for your own children, and your testimony to other believers who may struggle in this area. Finally, it matters to the world because the world is waiting and watching to see if what we believe makes any difference in the way we live. If we live like the world, how will the world ever see the true life-changing power of Jesus Christ?”

If we truly want to be a transforming force, we must be set apart by our passion for Christ.

Your turn. Are you surprised by Gallup’s recent survey results? Do you think Christians are simply going along with the world?