Why Christians Must Respond to the Syrian Refugee Crisis

Why Christians Must Respond to the Syrian Refugee Crisis 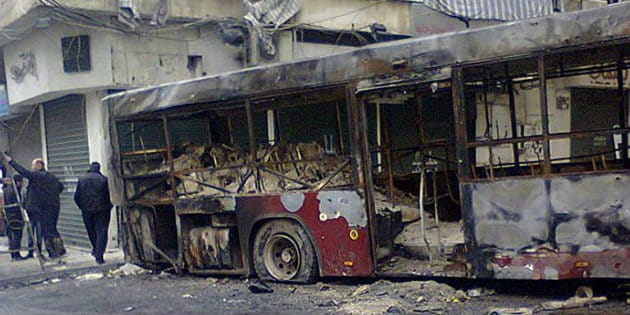 There are simply no words I can give to convey the shock and despair one experiences witnessing a dead child lying face down on a beach in Greece. The recent photos of young Aylan Kurdi, a Syrian refugee who drowned alongside his mother and 5-year-old brother while attempting to flee the Syrian civil war, have shaken the western world. What should we say? What can we say? For most Americans, the Syrian refugee crisis feels worlds away.

It’s tempting for us to remain insulated from this crisis, free to worry about trivial things like car repairs, vacation plans, and pumpkin spice lattes. But as Jesse Carey states in a powerful article for Relevant Magazine, this is the hour in which the Church cannot, must not remain silent. He writes,

“Aylan and his family are just a few of the thousands of refugees who have drowned or been killed while attempting to flee violence in North Africa, the Middle East and particularly the Syrian civil war. Another young Syrian, interviewed by Al Jazeera while in Hungary, also drew millions of views online, describing the plight he and others are facing. After explaining, ‘The police don’t like the Syrians in Serbia, in Hungary, in Macedonia, in Greece,’ 13-year-old Kinan Masalmeh told reporters, ‘My message is please help the Syrians. Syrians need help now ... Just stop the war in Syria.’”

“The millions of desperate refugees who have come into Europe—many of whom have risked their own lives while fleeing the war and ISIS—have been the source of political debates in several countries, where leaders are determining if they will be accepted and how many will be allowed to find refuge there. The political crisis is complicated and can be difficult to influence, but for the Church, the imperative is clear: We must help.”

Carey’s article also included links to a number of organizations that are currently providing aid to Syrian refugees in Europe. Christians seeking to lend their financial, personal, or spiritual support can begin by contacting the following charities,

World Vision is currently supplying displaced families with shelter, clothing, food, and basic living supplies. Nearly 8,000 Syrian families have been granted refugee status by the United States government, and World Vision is attempting to help them resettle and share their stories.

MOAS consists of international humanitarians, security professionals, and medical staff who provide search and rescue support at sea. With so many refugees fleeing by boat despite the serious risk of drowning, their services are needed now more than ever.

The Christian relief organization is currently working to meet the urgent needs of newly-arrived refugees in Hungary and other European Countries. Though they have had success coordinating with local churches, more help is needed.

“Do not neglect to show hospitality to strangers, for thereby some have entertained angels unawares.” – Hebrews 13:2

For more information on the Syrian Refugee Crisis and ways you can help, simply follow these links.