Why You Need to Stop Following Your Own Life Plans

Why You Need to Stop Following Your Own Life Plans 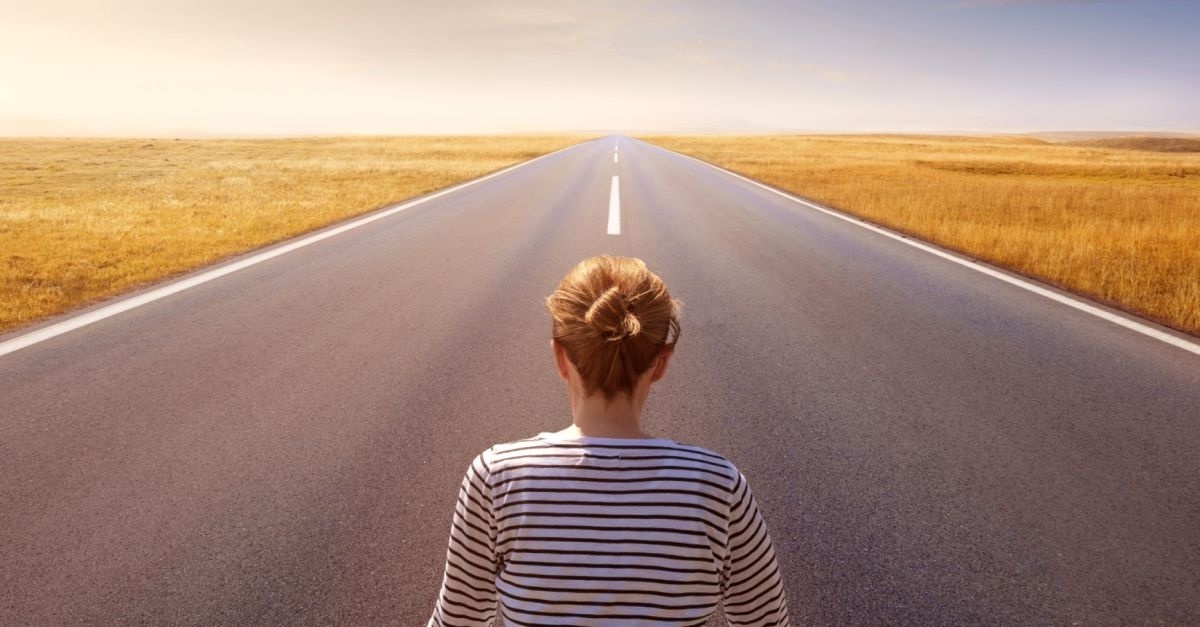 In high school, I had a wise teacher who gave our class of ready-to-graduate seniors an interesting assignment: Write yourself a letter that will be mailed to you in four years.

That teacher kept her promise. Four years later, long after I had forgotten about that assignment, I received a letter in my own handwriting.

“Dear Carrie,” it read, “Congratulations on your recent graduation from college.” That part was accurate.

“Are you now pursuing a position as a high school English teacher? Perhaps you have secured a job for the fall already.” Nope, not even close. I dropped the teaching program one semester after I had begun.

“I’m sure you adored your English major. You have such a passion for reading and writing.” Yes, still true. But I didn’t know back then that I would develop an interest in Communication Studies as well, and tack on another major.

“I wonder if you met someone during your time in college. Are you in a relationship?” Actually, yes. I was looking forward to my upcoming wedding.

“I do hope you continue to live in Maryland. You love the country now, and I doubt that feeling will ever go away.” Wow, past Carrie. You nailed me on that one. As a matter of fact, I was no longer living in my home state. And even more surprising, I was living in a moderately-sized city.

The letter went on and on, and for the first time, I was able to see how the feeble plans I made as an 18-year-old were not God’s plans for my life. The ideas that I did not always pan out. Sometimes circumstances changed. Some things were unpredictable. But throughout it all, I could see God’s goodness peeking through the life I’d actually lived those four years.

In the Relevant article What I Learned Through 10 Years of Life Not Going ‘According to Plan’, writer Rachelle Windham says that her life did not turn out the way she thought it would.

Windham planned to become a doctor. She thought she would be married by now, maybe even have a child. According to her life plan, she should be making decent money and helping people at the same time. She should live in the suburbs and have room for animals “all wrapped up in a white picket fence with the merits of life, liberty and the pursuit of happiness.”

As Windham says, she confused God’s plans with her Christian version of the American Dream. Without realizing it, she sought to build her own kingdom, instead of building God’s kingdom as we are called to do in 1 Thessalonians 2:12.

“So what’s the problem with building our own kingdom over God’s?” Windham writes. “Isn’t it a good thing to want freedom, financial success and a family? Well, for one, our kingdom dies with us. If it’s earthly, it goes: marriage, career, dwelling—all the things and statuses dissolve or transform in eternity… We ignore the eternal things that God has promised us because we are so enthralled with what we want to create and experience this side of heaven.”

Though we cannot see the whole picture that God sees, we need to strive to see beyond earthly things, in favor of eternal things. Sometimes that will mean accepting that our plans were imperfect to begin with. God’s plans, however, were perfect since before we were born (Jeremiah 1:5).

It is time to stop wishing away the now and thinking of “what might have been.” Instead, surrender your plans to the Creator.

Windham writes, “I could pout and be eaten away by discontentment or I could relinquish the script over to God… Want to know the most beautiful part? In allowing God to trail blaze the best route into eternity, I’m constantly amazed at His goodness and supreme ability to screen write.”

In the Crosswalk.com article When Our Plans Aren’t God’s Plans, contributing writer Cliff Young says, “Are you discouraged, discontent, bitter? The disgruntlement and baggage from expectations not met can take away from the joy and the future that the Lord has, wants, and ‘plans’ for each one of us. That joy often comes in ways we could never imagine or envision for ourselves.”

“The next time you find yourself feeling alone or on a path that you didn’t plan on, seek the Lord, take refuge in Him, and spend time in prayer. Ask Him to help you conform your ‘plans’ to His plans for your life.”