I was approached by a young man recently after a presentation.  His question was –“What do you do when you’re over-qualified for any job available?” He proceeded to tell me he had a Master’s degree in Public Health and had 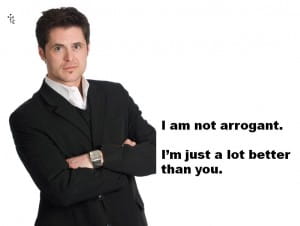 been told in multiple interviews he was “over-qualified.”

Now think about the reality here – In what setting would being “over-qualified” eliminate you from consideration?  If my mechanic gets an additional certification will I tell him “I don’t want you working on my car anymore – I’m afraid you’re too smart?”  If you show up for a simple physical exam and find out the doctor is a cardiologist will you back off because he’s over-qualified?  If you are choosing a massage therapist and discover that one contender has a PhD in anatomy will you eliminate that person?  If you need a receptionist with a great personality would you reject the candidate you liked the most if you discovered at the last minute that she had a Masters in English Literature?

As in any of these situations the only justification for telling a person they are “over-qualified” is likely found in this list:

Please hear my gentle counsel – being told you are “too experienced” or “over-qualified” is simply a politically correct way of telling you they aren’t convinced they want you on their team.   This statement is a disguise – and a safe way to make it sound like the person is complimenting you.  But it doesn’t realistically have anything to do with your qualifications, knowledge, or talent.  It’s a meaningless term that protects the company from being candid about the real reason they don’t see you as a good choice.  Forget about your degrees — work on interview skills that make people like you, trust you and want to be around you.

I just hired a young man as our “yard beauty manager.”  We just wanted someone to maintain our flower beds and keep them free of weeds.  I had tons of people apply who could pull weeds and just wanted a job.  This young man has a degree in horticulture, is licensed and bonded in the state of Tennessee, and gave me a four-page proposal for year round care.  Did I reject him because he was clearly more “over-qualified” than any other candidate?  No, I loved his in-depth knowledge.  But the thing that really tipped the scale was that both Joanne and I just liked him as a person.  We felt comfortable with him, appreciated his respect, and his focus on making our property beautiful rather than on how soon he could get paid.

Incidentally, the young man who initiated this blog was very defensive, convinced it was purely his brilliance, qualifications and superior ability that made people feel inferior around him and he was helpless to change that reality.  I rest my case.

Has anyone ever suggested you were “over-qualified?”  What was the message you felt in your gut?