Thank You, University of Chicago

Thank You, University of Chicago

Sometimes, the best thing you can do in a blog is repeat what someone else has written. Or at least spread the word about it.

The University of Chicago sent a unique letter to its students at the start of this school year that sent a shock wave through academia. I, for one, stood up and applauded.

Why? Because political correctness on college campuses has officially been running amok and has been used to stifle any idea or opinion, voice or perspective, that might be deemed “offensive.” The usual translation? Anything conservative. No wonder that Mary Katherine Ham, a senior writer for The Federalist (a conservative website), wrote that it was “a sad commentary on higher education that this is considered a brave and bold move, but it is, and the University of Chicago should be applauded mightily for stating what used to be the obvious.”

So read it, and take heart: 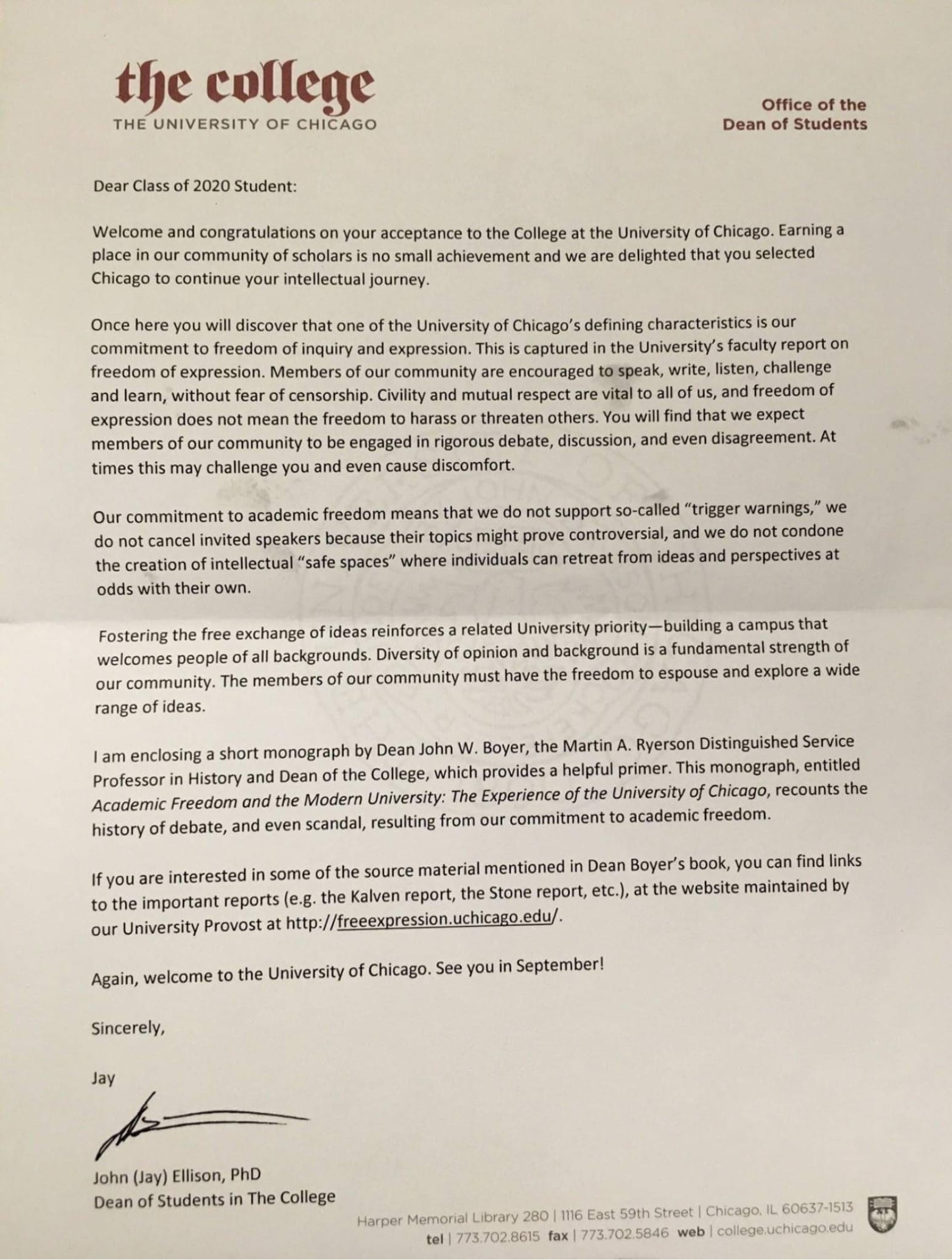