5 Ways to Make Your Kid Hate You

5 Ways to Make Your Kid Hate You 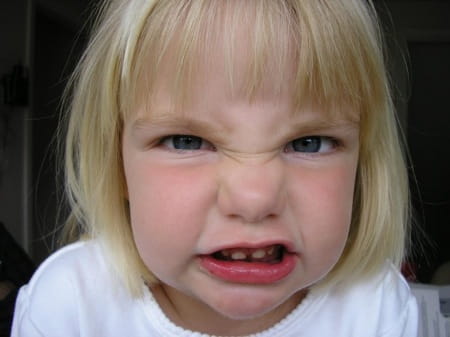 Children are arrows from the Lord, not darts, according to Psalm 127:3. “They are a reward from Him.” Cherished gifts. Our future and our joy.

You can make your kids hate you. I tried it. It’s easy.

1. Ignore them. Your little rugrat longs to know that Mommy and Daddy are not too busy for him or her. Attention is a biggy for your child. Your three-year-old skins his knee on the playground. What’s the first thing he does? He looks around to see if Mom is watching. If she is, he screams in pain! “Mommy, Mommy, I’ve got a boo-boo!” Kissing, tear-drying and a Sponge Bob band-aid averts the crisis. But if Mom wasn’t around, little Hubert dusts himself off and keeps right on playing.

I was an ambitious pastor’s wife in an up-and-coming church. I played keyboards for four Sunday morning services come hell or high water. While my hubby was preaching, I ran to the nursery, delivered the mid-morning feeding, and raced back to the stage hoping Roger had not begun the offering prayer. Leaking and sweating, I didn’t have time to burp and cuddle my little ones.

Jesus wasn’t too busy for children. He piled them on His knee in the midst of a frantic ministry day and gently whispered, “Let the little children come unto me, and do not stop them, for the Kingdom of Heaven belongs to those who are like those children.” Matthew 19:14 NLT

Don’t hand your kid your Smartphone to keep them occupied. Look them in the eye. Play with them. Listen. They matter.

2. Expect too much. Your kids need encouragement, acceptance and approval from you. Don’t hold them to impossible standards. The first thing God gave His Son Jesus was the gift of approval. In Matthew 3:13-16, Jesus slipped into the muddy, chilly Jordan River to be baptized by camel-haired John and Father God declared, “This is my Beloved Son, in whom I am well pleased!” Jesus hadn’t made a splash on the spiritual scene. He was just a carpenter from a two-bit town called Nazareth. Yes, some knew He was launching a preaching career, but God came on the scene first. He wanted Jesus to know Dad was proud of Him. End of story.

How high are your expectations (spoken or unspoken) for your kids? My children were bright and talented, but I always pushed for higher grades, stellar behavior in church and spic-and-span rooms. Squabbling was not tolerated. Give me a break. Refusing to impart unconditional approval to your little charges make them frustrated, angry over-achievers, or depressed, rebellious little hellions. Hello! It’s my fault. It’s your fault. Love them unconditionally and let them know it.

3. Break your promises. Jesus had much to say about waffling. “Let your yes be yes and your no be no.” Matthew 5:37 ERV. Jesus kept His promise to save us and paid with His life. Kids deeply need security in this uncertain world. Fragmented families, working parents, freakishly frantic schedules can give your children ulcers. Piano, soccer, martial arts, play groups, scouts…the unending calendar dates bumfuzzle even the savviest Dads and Moms. Some families are so sports-happy, Sunday games preempt Sunday services.

“I’ll pick you up at four,” I promised my daughter Brie while she chugged her Cheerios one morning. She sang in an after-school choir on Wednesday afternoon. Wednesday night rolled around. Roger preached at 7, and I conducted an orchestra rehearsal. We thought another carpool mom was picking up the slack and retrieving our girl. We were wrong. I found my shivering daughter in the dark on the front steps of the school. This was pre-cell phone era. I should have been shot. I promised to be there and I failed her. It has taken many years, love and effort to repair that trust.

4. Play favorites. Jacob robed his son Joseph in a colorful Louis Vitton jacket while his brothers sported parkas from Walmart. Jacob adored his lovely Rachel, Joe’s mom, but despised Leah, the plain wifey Laban tricked him to wed. So Leah’s boys got the short stick. The overlooked brothers were so bitter, they sold their snotty bro to the Egyptians.Genesis 37:1-36. Jacob missed all of those precious years of Joseph’s life. What a waste!

Your child needs to know he is uniquely loved and valued. When parents are asked if they have a “favorite,” they quickly answer “no!” But studies show the vast majority of parents prefer one child over another. Maybe you share common interests. Maybe they make the A-team and the Honor Society while your other children fade in the background.

Well, once again, I did it wrong. My Mommy mistakes abounded. My youngest daughter Bronwyn lived in her big sister’s shadow. The contest started day one. Who received the most accolades? Who got the new clothes and who wore the hand-me-downs? Who tattled and who faced the music? The list goes on. Everyone praised Brianna for her academic honors. Bronwyn chose to excel in arenas her sister didn’t enter. But Bronwyn, the brilliant little mess pot, finished high school in two years (one overseas in Germany), college in three years, and serves as a senior analyst in cutting-edge computer arenas as a young adult. She deeply longed for our respect, and we were late in giving it.

5. Make them tough. Your son strikes out in little league. He drags his bat and shuffles over to you for a hug. Don’t utter the words, “Better luck next time.” When your daughter returns home in tears because she wasn’t elected cheerleader like her popular cohorts, it’s not time to say, “You didn’t really expect to make the squad, did you? Competition is tough out there!” Your twelve-year-old daughter has been mercilessly teased on the bus. She sobs uncontrollably as she slams the front door You chide her. “What did you do to make them treat you this way?” Bad parent! Bad parent!

Of all of the precious beatitudes Jesus gave, the sweetest to my lips is “Blessed are they who mourn, for they shall be comforted.” Matthew 5:4 KJV. "Weep with those who weep. Mourn with those who mourn." Romans 12:13 KJV.

I grew up self-reliant. Pull yourself up by the bootstraps. Shove those hurts way down where the sun don’t shine and pretend they never happened. Big girls don’t cry. Jesus would never parent that way. When Mary and Martha lost Lazarus, Jesus wept. John 11:35. KJV Christ knew He would resurrect their brother, but He sobbed when he saw their grief.

Doesn’t it bless you to know that a brief Bible verse packs such a powerful punch? Your hurting children need comforting, loving arms. They need to know that you feel their pain and quietly weep with them. Healing comes when hurts are mourned and comforted.

Parenting isn’t easy. You can do it badly without any effort at all. But it takes grace, affection, acceptance, attention, security, comfort and unconditional love to do it right.