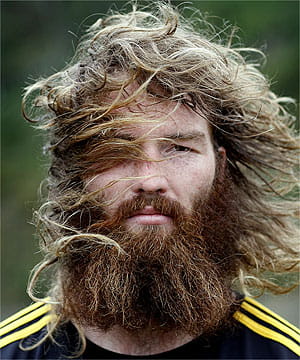 A scruffy homeless dude pops through the door of the church house with his motley entourage. The trendy thirty-somethings sitting near the aisle gagged at the stench of their sandals reeking of foot odor.

Honestly, is this the new pastoral candidate? And who is his crew? They weren’t invited! The parking lot attendants were already upset. The fig trees shading the front door were a little scraggly, but one word from the new guy and they curled up and withered. Instantly. This man was a wizard.

He strode confidently to the front, set the pulpit aside, and sat down. Nina Smothers spent hard-earned cash for that wooden lectern in honor of her dead, departed hubby Harold. She dashed out of the sanctuary in a huff. With great authority, this Jesus asked all of the wealthy elders to stand. These guys were the cream of the crop. They never missed a Sunday, lived exemplary lives and were model husbands and fathers. He commended them for their efforts.

Here’s the kicker! Jesus asked them to withdraw all of their savings, cash in their 401K’s, stocks and bonds. Porsches and BMW’s must be returned to the dealership and their pricey suburban homes listed immediately. Everything must go. (Sounds like a “going out of business” sale…) Finally, He challenged them to turn over their net worth to the World Vision fund to help dying widows and orphans in Bangladesh. This tight-knit group of top-shelf leaders shook their heads, grabbed their stylish children and sadly left the room.

The crowd was definitely thinning.

Finally Jesus delivered His “sugar-stick” sermon from Luke 8:5-15. The remaining congregation perked up their little ears. Francis Chan described Jesus’ words in this way: Jesus started His sermon by saying, “Gee, it’s great you all came…be sure and bring a friend next week!” Not. He told an enigmatic tale about sowers, seed, paths, rocks, thorns and good soil. “He who has ears, let Him hear.” Then He retired to the front row. Even His band of brothers scratched their heads. Peter piped up, “What a weird story! What was that all about?” Jesus’ cryptic answer still confounded His boys. “To you it’s been given to know. I speak in parables-seeing they may not see, hearing they may not understand.” The natives were getting restless. Pew-huggers in the back slinked out when Christ was not looking. Jesus whispered, “I’m not going to spend my ministry watering rocks or fertilizing thorns!”

Now here’s the conundrum. Luke 14:25 tells us great crowds accompanied Him. This place was a mega-church. Big video screens, screamin’ band, cushy seats and a coffee bar out front. Why would Christ blow this amazing opportunity?

Christ stood to offer the invitation. “If anyone comes to me and doesn’t love me more than Father, Mother, even his own life, he can’t follow me.” (Matthew 10:37-39) Jesus continued,  “Are you really sure you should be here? Hate your father, wife…leave them all for me. Count the cost. I’m telling you about the cost of following me up front. Pick up a cross and come and die.” The silence in the church was palpable. Instead of an emotional invitation with crowds streaming to the front, there was a massive exodus through the back door. One kid filmed the fuming mob’s departure on his smart phone and uploaded it to YouTube. Two million hits.

The smelly twelve were left. Jesus mumbled, with great sadness in His voice, “You’re not going to stick around either, are you?” (John 6:67)

Peter piped up, “Where else shall we go? You’ve got the truth, the living words.”

The offering was non-existent. No money was raised for the offsite campus with the video feed. In fact, if we were true to Scripture, Jesus would have whipped the ushers, turned over the offering plates and screamed that this was “God’s house of prayer.” However, the ushers and the rest of the comfortable Christians split a long time ago. The scraggly teacher never made it past His first Sunday. He was fired on the spot. An Abercrombie model with killer people skills took His place.

Francis Chan ended his sermon on this subject with this compelling statement. “Are we obeying the most obvious truths of Scripture? I want to be real salt, good soil…the real deal. Be intimate with Jesus. Love Him enough to take up your cross no matter what!”

If Jesus were the pastor of your church, would you go?

This article was inspired by Francis Chan’s compelling sermon “If Jesus Were the Pastor of Your Church, You Probably Wouldn’t Go.”