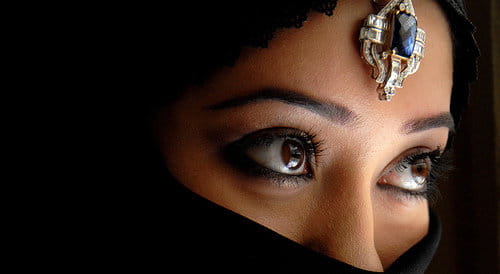 I usually pen engaging, fluffy puff pieces that will impart a few life lessons. Not so today. I want you to ponder and puzzle instead. Queen Vashti’s gripping story is told in twelve short verses, Esther 1:8-20.

Was this sexy gal a diva, or a heroine? And why should we care? We know she was one gutsy lady.

Many theologians dismiss the Book of Esther from the canon because the name of God is not mentioned. Martin Luther wanted to pitch it into the river Elba. Au contraire. This little tale was a slice of Persian history discovered by a Jewish rabbi, (one of the Erez Israel rabbis), researching the origin of the Feast of Purim. In his writing, he used the acrostic for Jehovah (YHWH) four times. And get this! The unspoken name of God, “I AM,” is used only in Exodus and Esther. When God came to deliver Israel from their Egyptian oppressors, God told Moses “I AM” sent you (Exodus 3:8-14). God also used His Name “I AM” when He spoke of delivering the Jews from their Babylonian oppressors (Esther 7:5).

Most readers paint Queen Vashti (whose name means “beautiful”) in a negative light. Was she really arrogant, wicked and wanton? She was King Nebuchadnezzar’s granddaughter, Belshazzer’s cherished child. According to the Midrash, an ancient commentary on part of the Hebrew scriptures, attached to the biblical text, Vashti came to power in a unique way. When King Darius invaded Belshazzar’s fateful feast, he plopped himself down on Belshazzer’s throne as the army decimated the guests. Terrified little Vashti climbed up in Darius’ arms thinking she was clinging to her daddy. Darius was so touched, he adopted Vashti and gave her to his son Xerxes to be his wife.

Let’s look at this lady and see what we can learn. Most queens were cloistered to the world except to appear on momentous occasions. Xerxes, a power-monger, brought dignitaries from around the globe to gawk at his wealth and grandeur. After 187 days of strutting his stuff, Xerxes held a drunken orgy for his guests. The king was “merry” with wine after spending a week in a drunken stupor, and commanded Vashti appear in front of his guests wearing her crown. (The actual translation infers that she appear naked, wearing ONLY her crown.) To appear in the buff would degrade and defile her. But the king was her husband, so she was required to come. To deny him, she would forfeit her crown, her wealth and probably her life.

Why did she say no? Hmmm….There are many possible answers. The Midrash infers that Vashti was a Jew-hater who humiliated her Israeli slave girls by requiring they serve her buck naked on their sacred Sabbath. God got hot under the collar. The account said that the Angel of the Lord struck her with leprosy and/or gave her a “tail” (male member) as retribution. Far-fetched, but you get the gist. Of course she couldn’t appear in the throne room with pus-filled sores or a you-know-what!

Other theologians (and there were many) herald Queen Vashti as brave and moral.

Memucan, the advisor to Xerxes who had Vashti deposed, had it out for the royal. His daughter was supposed to take the throne, but was passed over for the job. He advised Xerxes to depose his queen. But Memucan was right. With great power comes great responsibility. Vashti, whether she liked it or not, WAS a role model for every wife in the kingdom. The women of Persia watched her every move.

We know she was the sacrificial lamb. God needed Esther on the throne to save His beloved people.

What can I learn from Vashti? We all are part-good, part-evil. That is the human condition. We have the choice to follow God courageously and faithfully, regardless of the circumstances or consequences. We must not rush to judgment of others. There is always a back-story.