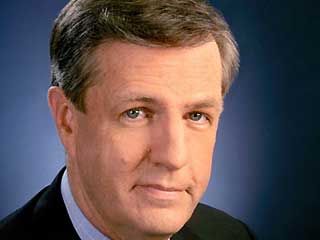 On Sunday Brit Hume made headlines when he said that Tiger Woods needs to convert from Buddhism to Christianity because Buddhism doesn't offer forgiveness and redemption from sin. As a simple statement of fact, that happens to be entirely correct. Buddhists don't believe in "sin" in the sense that "all have sinned and fall short of the glory of God" (Romans 3:23).

But Christians do believe in sin. And we believe that "the blood of Jesus Christ his Son cleanses us from every sin" (1 John 1:7). And we believe that there is salvation from sin only through Christ. "I am the way, the truth, and the life. No one comes to the Father except through Me" (John 14:6).

After his first statement on Sunday, Brit Hume appeared on The O'Reilly Factor to explain and defend his remarks. Later he did a radio interview in which he went even further:

"Christianity is uniquely and especially about redemption and forgiveness. That is what the cornerstone of what the faith is about. Now other faiths aren't hostile to the idea, but think of what the message of Christ and Christianity is. It is that the God of the universe sent His only begotten Son, who died a hideous death on the cross, to atone for all of our sins."

He is saying nothing new here at all. But in calling for Tiger Woods to convert to Christianity, he violated the taboo that says either say nothing publicly about religion or praise all religions as basically good. The reaction has been predictable. The secular media types have skewered him as a narrow-minded bigot. But it is all to his credit that Brit Hume has refused to back down.

Near the end of his interview with Bill O'Reilly he said that the name of Jesus has always been explosive. Nice word. It reminds me of Romans 1:16 and Paul's comment that the gospel is the "power" of God providing salvation for anyone who believes. One of my favorite preachers had a long running radio program called "Gospel Dynamite" based on the fact that the Greek word for power is "dunamis," from which we get the English word dynamite.

Not everyone loves Jesus.
Many people prefer never to hear his name mentioned in public.

If you don't want an explosion, keep quiet about Jesus. Brit Hume dared to open his mouth and calmly say what Christians have always believed-that there is forgiveness and redemption through Jesus Christ.

And I hope more Christians will take courage to be as bold as Brit Hume.