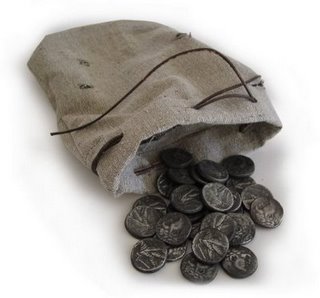 There are two things that perplex us about Judas. First, why did he do what he did? Second, after he had done it, why did he feel so guilty? He was so evil that he sold the Lord Jesus for thirty pieces of silver. Later he felt such remorse that he committed suicide.

Over the centuries there have been many different reactions to his story. Many people hate Judas for what he did and put him in a class with Hitler. Others pity him, for by the time he came to his senses, it was too late to undo his evil deed. A few see him as a hero. Still others question God’s fairness in letting one man bear so much guilt for Jesus’ death.

Truly he is a mystery. No other apostle fascinates the mind like Judas. All the others we can understand—even Peter—but Judas remains a mystery wrapped inside a riddle. What made him tick? Was he crooked from the beginning? What did Jesus mean when he said that Judas was “doomed to destruction” that the Scripture might be fulfilled? And what do Luke and John mean when they say that Satan entered Judas? So many questions tantalize the mind.

When you get right down to it, Judas should have been a better man or a worse man. If he had been better, he would not have done such an evil thing. If he had been worse, he would not have felt such remorse. As it was, he was bad enough to do the deed and good enough to be unable to bear the guilt of it. We would be quite mistaken if we categorized Judas alongside someone like Adolph Hitler. If we think Judas is like Hitler, then we miss the lesson of his life.

What happened to him could happen to me. What he did, I could do. If I think otherwise, then I have missed the point of this story. Judas is a lot like us and we’re a lot like him. In fact, the more religious we are, the more like Judas we are. After all, you can’t get much more religious than being an apostle. He was as “in” as any person could ever be.

And yet he betrayed the Lord.

After all, if one can be an apostle of Christ and still be lost, what about you and what about me? Perhaps we may conclude the matter this way. One apostle was lost, that none should presume. Eleven were saved, that none should despair. In the end, most of us who call ourselves Christians will search our hearts and conclude that, although we fail him in many ways, still we love Jesus and claim him as our Savior. That is as it should be. The story of Judas is in the Bible for many reasons, not the least of which is that before we take anything for granted we at least ask the question the other apostles asked that fateful night:

Search me, Lord Jesus, and see if there be any Judas in me. Would I betray you, Lord? Reveal the truth and then heal my soul lest I for thirty pieces of silver should betray you again. Amen.