To Become Poor for Our Sake

To Become Poor for Our Sake 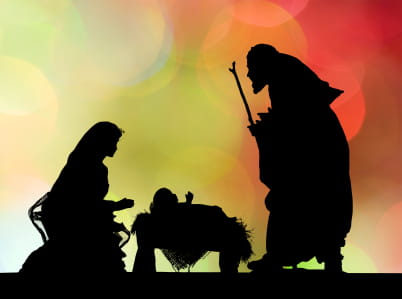 “For you know the grace of our Lord Jesus Christ, that though he was rich, yet for your sake he became poor, so that you by his poverty might become rich” (2 Corinthians 8:9).

Though he was rich in eternity, he became poor in time. He left heaven for a remote village in a forgotten province, to join a despised race. He left to be born of an obscure teenage peasant girl, in a stable, wrapped in rags, placed in a feeding trough instead of a crib.

This much we all know. But notice the verb—He became poor. Not, He was made poor. That's what happens to us. We are made poor by circumstances. But of his own free will, he became poor. That's something we would never do. He voluntarily gave up the riches of heaven for the poverty of earth. He who was richer than any man has ever been gave it up freely and became poorer than any man has ever been.

We understand riches. And we understand poverty. But to choose poverty is beyond us and something we would never do. But that is the heart of the gospel. The richest person in the universe, of his own free will, became poorer than the poor.

Theologians also have a word for this. They call it the incarnation. The idea comes from John 1:14 which says, "The Word became flesh and dwelt among us." The phrase "became flesh" has the idea of God wrapping himself in human flesh.

God himself came down and entered the human race. He became poor like us so that forever we would hear him saying, "I love you." We wouldn't have done it that way. We'd schedule a press conference, call the TV stations, hire a press agent, have a parade, call in the dignitaries, sell tickets, and make a big deal so all the world could see. We would take the Madison Avenue approach.

But that's not God's way. Read the New Testament again. Instead of flash and splash, there is a frightened father, an exhausted mother, a stable, swaddling clothes, and a feeding trough. There he is, ignored by the mighty and powerful—the Deity wrapped in rags. Immanuel—God with us.

It's so simple you know it must be true. Only God would have done it that way.

What an amazing God you are! You came all the way to the bottom because that’s where we were. Now we are better off than the richest man in the world because we know you. Amen.