What were you arguing about?

What were you arguing about? 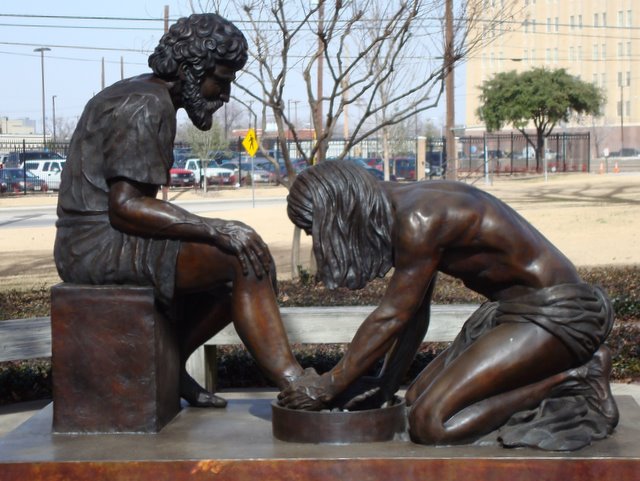 No wonder they wouldn't answer him.

After all Jesus has said and done—after all his miracles and the repeated teaching—what are these guys talking about on the road? They were arguing about who was the greatest. Unbelievable! In the Jewish society of that day—as in most societies in every generation—there was a huge emphasis on power, position, prestige and titles. "Who's number one?" is still the operative question. Because he knew their hearts, Jesus knew about their sinful ambition even before he asked what they were arguing about. Like little children caught misbehaving, they were ashamed to answer him.

At that point he could have rebuked them again, but instead he chose this moment for an unforgettable teaching experience. He does it by giving another of his pithy sayings. To be first you must be last. In the kingdom of God the way up is down. Thus he overturned contemporary notions of power and replaced them with the paradox of servant leadership. In essense he is saying, "It doesn't matter who has the title. Look for the one with the servant's heart and there you've found your leader."

Jesus said, "The Son of Man came not to be served, but to serve, and to give his life a ransom for many" (Matthew 20:28). He died like a servant is supposed to die—giving all he had for the sake of others.

Grab a basin and a towel and just start serving. Leave the bragging to others. That was Jesus' plan, and it still works today.