Does Home Schooling Make the Grade?

Does Home Schooling Make the Grade? 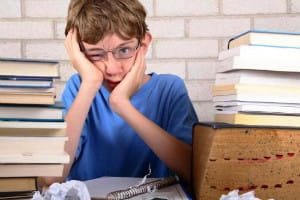 So I've always wanted to ask my Crosswalk friends and readers what you/they think of homeschooling.

First of all, should that be one word? I see it's commonly used that way. But it looks weird, right?

I think there's a lady right in my neighborhood who homeschools / home-schools / home schools her kids. She should know. It's her job to know. I'll ask her.

Now "school" looks weird to me. It looks Yiddish. Not that there's anything wrong with that. Of course there's not.

Anyway, culture-wise, homeschooling (pick a lane, I always say) seems to be the butt of a lot of jokes and General Disparagement (as I knew it would increasingly become when, very early on in her show [and perhaps still; I don't watch TV (which I know sounds pretentious; all I really mean that's how much I loathe television commercials)], Ellen DeGeneres started pretty regularly making homeschooling the butt of some of her jokes.)])]).

Man, I hope you homeschool teachers out there are the teaching proper use of nesting parentheticals. Because I happen to know that can get pretty darn confusing.

Anyway, the adults I've known who as children were homeschooled did perfectly well once they transitioned to public high school or college. They don't seem uneducated or poorly socialized at all.

On the other hand, I have no idea how many poorly educated social maladjusteders (ahhh ... public schools) I might have known who were homeschooled. "So, did you attend school in your garage?" doesn't seem like a very ... socially adept thing to ask. I think it sometimes---but hold my tongue. Why? Because early on in life, via the schoolyard playground, I learned that such inquiries can get you swiftly pounded.

Which brings us to an important consideration: Do homeschooled kids eat paste like regular school kids do? Probably  not. They probably eat real food---which is, like, right there in the kitchen. Lucky dogs.

Speaking of real food at school, for a while when I was a kid our school had this program where if you brought in money on Monday, then that Friday you'd get a McDonald's hamburger delivered right there to your classroom. So one Friday our teacher assigned me the job of going to the principal's office to pick up our class's box o' burgers.

En route back to my classroom, I had the greatest idea in the history of not quite wanting to go back to class. So I ducked into this empty little room off the principal's office, quickly unwrapped one of the burgers, took a perfect, half-moon bite out of it, and then re-wrapped it and snuggled it back in with all the other normal, non-chomped burgers.

I just couldn't believe how funny I thought it would be to have all the kids in my classroom hurriedly unwrapping their burgers, and then hear this "Hey! What's this?"

Like the guy who delivered them just couldn't not resist!

Man. Thinking about it right now is cracking me up. And that's exactly how it happened! Some kid in my class all of a sudden cried, "Hey! What's this!" and I immediately tried so hard not to laugh that I practically burst an organ.

Alas, my teacher could also not believe how funny I thought that would be.

So then I was back at the principal's office---where I spent so much time that the office secretary, Bunny, used to have me help her do her filing. I'm totally not kidding. I actually learned an official office filing system just from being such a dependably delinquent kid. I used the filing system I learned from ol' Bunny years later, too, when I worked in the law office I've written about in such posts as I, a Rabid Anti-Christian, Very Suddenly Convert, and How I Broke My Lesbian Friend's Heart.

I guess when you're homeschooled there is no principal's office. Or maybe there is---and you have to go, "All right, Billy. I saw you spit that spitwad at your sister Julie with that straw from last night's dinner. Go to the principal's office right now, young man! But wait in the kitchen till I get there. Julie, I'll be right back."

Then you have to run around your house, shoot through your front door, and dash into your faux-principal's office.

Then you throw on a pair of thick glasses you keep in there, or maybe jam a wig on your head. Clip on a bow-tie.

"Oh, Billy," you shake your head as your kid finally trudges in from the kitchen. "What have you done this time? Grab that stack of folders."

I always figured homeschooling was really bad for kids, because public schools are all about learning to socialize. It seems to me that's the true value of going to school with tons of other kids you don't know: you learn all that social stuff that's so vital to the rest of your life. Bullies, school yard crushes, roving packs of kids from classes above and below yours, weirdos who think it's hilarious to take a bite out of your lunch.

It seems to me you can learn what year Columbus sailed the ocean blue sitting at a kitchen table or a classroom desk. But how does a homeschooled kid learn all the vital socializing lessons that come with being tossed into a classroom and school teeming with other kids and teachers you've never met? How well you socialize is so huge in life; it pretty much defines the quality of your personal and certainly professional life. If as a kid you don't learn how to socially ... be, then doesn't that kind of pretty thoroughly doink you for the whole rest of your life?

Except I guess it doesn't. Because, as I say, I know people who were homeschooled, and they came out just fine. If anything, they seem better socially adjusted: calmer, more confident. Maybe it's good not to ever be bullied, or picked on by a psychotic teacher, or forced into child labor doing menial office chores in the principal's office while the principal's secretary eats her tuna sandwich and totally doesn't offer you any.

I dunno. What do you guys think? Any of you home schooled, or know any homeschoolers? Good things about it? Bad? What do you think?