The Burning of Resentments: A new faith tradition born?

The Burning of Resentments: A new faith tradition born?

The resentments sent me via my post Your Resentment, Up in Smoke were burned on the small grounds just outside the front of the church I attend at dawn yesterday morning, Easter 2012. No resentments sent me were excluded; before leaving the house I printed out the latest ones to come in.

After I had deposited the resentments into the rough-hewn wooden box our pastor was kind enough to invite me to with him set the box afire, using flame we borrowed from our church’s Paschal candle.

Readers had sent me about 200 resentments. Printed in 8-point font on pages with minimal borders, they filled about thirty pages. As they came into me I prayerfully read each one of them. This prepared me to as a whole keep them in my heart and mind as they became smoke that drifted up toward heaven. The burning of the resentments whilst reading and listening to the morning’s liturgical prayers proved for me an extremely moving experience.

Following the burning of the resentments the Eucharistic service continued inside the sanctuary.

After the morning’s service my wife Catherine was moved to stay contemplating/praying/being in the sanctuary. Some time after everyone else had left, then, she and I had occasion to talk in the sanctuary with our pastor. He was so moved by the number of resentments sent me that he conceived the idea of evolving such a burning into a formal, regular, Episcopal liturgical ceremony. He furthermore envisioned it as something that, on a given predetermined day, people of different faith traditions could and would come together to do.

As it happens, Pastor Bob is a primary leader of the interfaith movement in San Diego. So this is something that we will all be discussing. Unless I’m missing something, sometime within 2013 leaders and adherents of various faith traditions throughout San Diego County will jointly participate in a Burning of Resentments ceremony.

In this world we must look for things that unite us all. How awesome would it be if one of those things became what is, after all, about as human as human gets? What if we bonded around the idea that nobody doesn’t harbor enduring personal resentments?

I believe that The Burning of Resentments will happen. I think it will go worldwide. And if—ashamed, angry, desperate, embarrassed—you nonetheless sent in a resentment for me to burn this Easter morning, somewhere down the line please remember that you were integral to bringing that day about.

Either way, you certainly had an impact on me this morning.

The woman in the fourth picture down, in the camel-colored coat holding the purse, is my wife Catherine. You see how seriously she took this burning. The final picture is of yours truly. 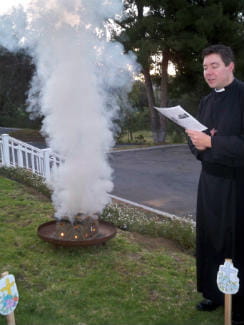 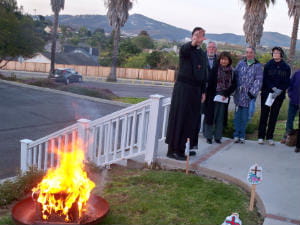 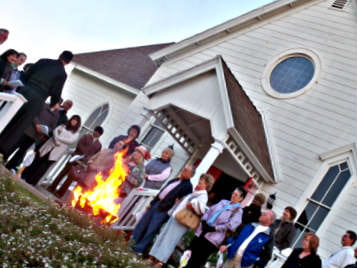 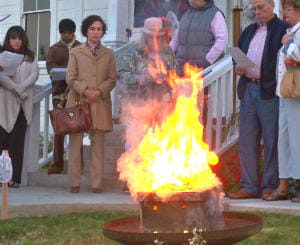 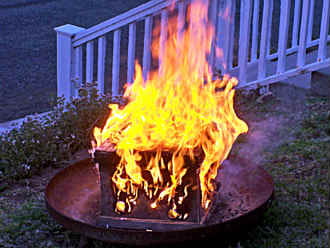 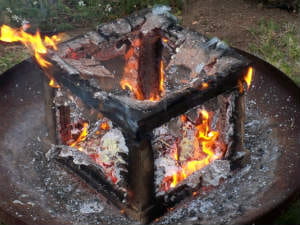 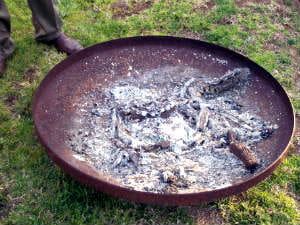 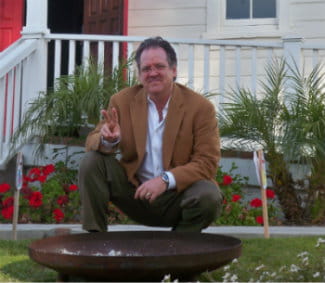