What Does the Bible Say about White Nationalist Terrorism?

What Does the Bible Say about White Nationalist Terrorism? 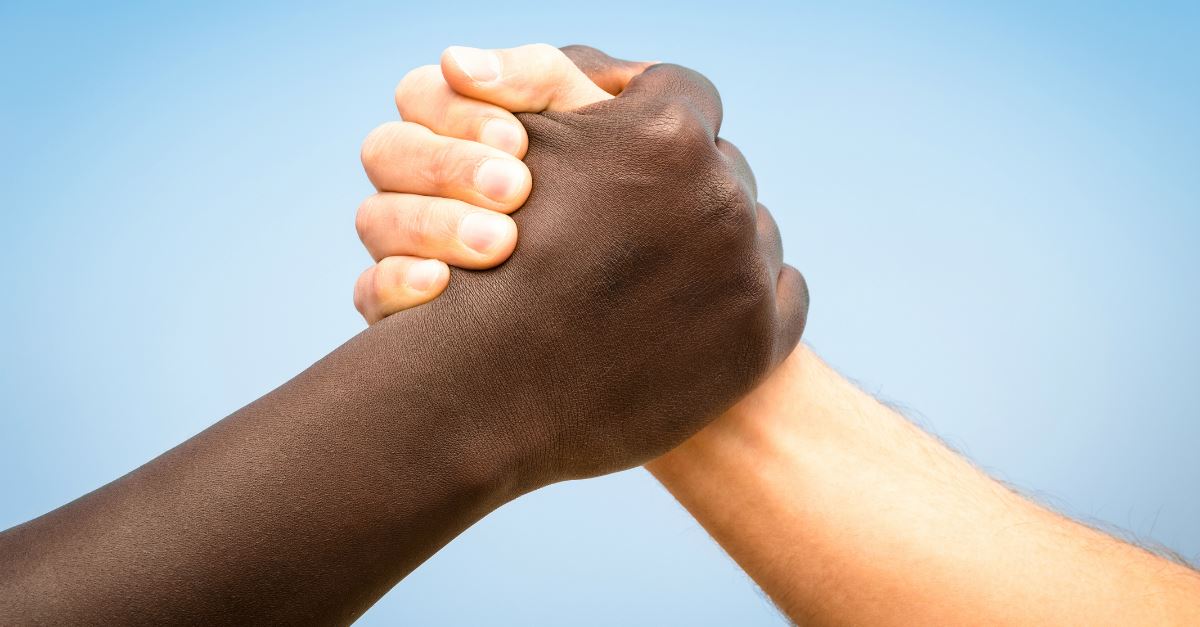 This week our country is jolted with another wave of domestic terror attacks on our country, in El Paso and in Dayton. And, once again, a document posted by one of the terrorists is a typical white nationalist manifesto, taking up all the usual tropes of an “invasion” of migrants into our country, of the “replacement” of white people by minorities.

Law enforcement experts have warned for some time of the shocking rise of this sort of ideology and the violence that often comes with it, even as we are watching white nationalist movements cascading all over Europe and the rest of the world.

Obviously, any sort of murder ought to shock and alarm any person, and usually does.

Few people, except the terrorists themselves, will justify in any situation the killing of innocent bystanders. But we have a responsibility to ask:

What is the ideology behind all of this, and why does it take such root in rage-filled violent people?

White nationalism emerges from what the Bible calls “the way of the flesh.” This is a form of idolatry that exalts one’s own creaturely attributes, making a god out of, for instance, one’s ancestral origins or one’s tribal culture.

This is not incidental to the gospel of Jesus Christ, but is precisely what the gospel everywhere in the Bible confronts and condemns.

John the Baptist confronts this anti-gospel on the banks of the Jordan River (Matt. 3:9), and the Apostle Paul does so in an Athens filled with pagan Grecian-superiority origin myths (Acts 17:26-27). Much of the New Testament is a deconstruction of this satanic pull to the exaltation of the flesh.

The gospel does not merely reconcile isolated individuals to God, but the gospel also forms a new people who demonstrate the kingdom of God by those carnal dividing walls being torn down (Eph. 3:1-12), such that within the gospel-formed church “there is not Greek and Jew, circumcised and uncircumcised, barbarian, Scythian, slave and free, but Christ is all, and in all” (Col. 3:11).

The New Testament apostles expend much energy telling us, under the inspiration of the Holy Spirit, that we are not in an ancestor cult (1 Pet. 1:18) or a national or tribal identity cult (Phil. 3:20), but we have been adopted in a new family, a kingdom from every tribe, tongue, nation, and language (Rev. 5:9-10).

Moreover, we are joined in Christ to a God who loves those who are reviled for their racial or tribal or national background, and commands us to do the same, not just in word but in deed (Lk. 10:36-37).

That’s why Jesus announced his ministry by explicitly denouncing the idea that God’s mission is, or ever has been, limited by racial, cultural, or tribal boundaries (Luke 4:24-27).

The people loved what Jesus was saying, until he touched on issues of race and nationality, and then they were “filled with wrath” and sought to throw him off of a cliff (Lk. 4:28-29). No doubt many accused him of “distracting” them from the Word of God by talking about “justice” and such things.

But, for Jesus and for his Spirit-anointed apostles, there is no gospel apart from the exposure of sin, and the repentance demanded in its wake.

One of the oldest manifestations of this flesh-worshipping devil-worship is racial superiority.

To confront such sin is no distraction from the gospel. To the contrary, to not confront it, silently allowing it to sit in the psyches and consciences of the people, is not just a distraction from the gospel but a contradiction of it, a word that says to those caught up in an idolatrous path, “You shall not surely die.” Those are the words of a devil, not of a gracious God.

And the sort of “way of the flesh” that leads to white nationalism and other such things are related intrinsically to violence, ultimately — though it may take a long time to get there. That’s because the cult of the flesh is also a cult of death (Rom. 8:12-13).

That’s because it is, ultimately, from the satanic order, which means it is ultimately about a beastly kind of power (Rev. 13).

Usually that manifests itself in less obvious ways—seething internal hatred, bigotry, envy, slander (Gal. 5:19-21). Sometimes it shows up in the words of the mouth, comparing neighbors of a different ethnicity or national origin to animals or insects or diseases (Jas. 3:9).

And sometimes it comes into a store with an assault rifle aimed at innocents, or, as we have seen, in trains bound for camps.

The murderous aspects of this can only come about in large numbers when they are normalized by the more hidden types over a long period of time. And this sort of bigotry and hatred and self-worship is not just a danger to society, but to the one who is gripped by it himself or herself. It is a way that leads to hell.

As Christians, let’s be very clear about what this ideology is.

Let’s grieve our fallen neighbors. Let’s work together to stop such atrocities from happening in the future. White nationalism is on the rise, and is headed for a confrontation with the gospel of a crucified Rabbi from Galilee.

The gospel will win.