The Weight of Glory: The Significance of C.S. Lewis

The Weight of Glory: The Significance of C.S. Lewis 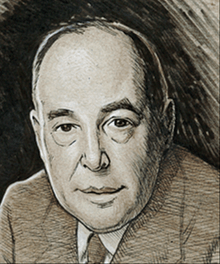 C.S. Lewis emerged as a twentieth-century icon in the world of Christian literature. His prodigious work combining acute intellectual reasoning with unparalleled creative imagination made him a popular figure not only in the Christian world but in the secular world as well. The Chronicles of Narnia and The Space Trilogy, though rife with dramatic Christian symbolism, were devoured by those who had no interest in Christianity at all, but were enjoyed for the sheer force of the drama of the stories themselves. An expert in English literature, C.S. Lewis functioned also as a Christian intellectual. He had a passion to reach out to the intellectual world of his day in behalf of Christianity. Through his own personal struggles with doubt and pain, he was able to hammer out a solid intellectual foundation for his own faith. C.S. Lewis had no interest in a mystical leap of faith devoid of rational scrutiny. He abhorred those who would leave their minds in the parking lot when they went into church. He was convinced that Christianity was at heart rational and defensible with sound argumentation. His work showed a marriage of art and science, a marriage of reason and creative imagination that was unparalleled. His gift of creative writing was matched by few of his twentieth-century contemporaries. His was indeed a literary genius in which he was able to express profound Christian truth through art, in a manner similar to that conveyed by Bach in his music and Rembrandt in his painting. Even today his introductory book on the Christian faith - Mere Christianity - remains a perennial best seller.

We have to note that although a literary expert, C.S. Lewis remained a layman theologically speaking. Indeed, he was a well-read and studied layman, but he did not benefit from the skills of technical training in theology. Some of his theological musings will indicate a certain lack of technical understanding, for which he may certainly be excused. His book Mere Christianity has been the single most important volume of popular apologetics that the Christian world witnessed in the twentieth century. Again, in his incomparable style, Lewis was able to get to the nitty-gritty of the core essentials of the Christian faith without distorting them into simplistic categories.

His reasoning, though strong, was not always technically sound. For example, in his defense of the resurrection, he used an argument that has impressed many despite its invalidity. He follows an age-old argument that the truth claims of the writers of the New Testament concerning the resurrection of Jesus are verified by their willingness to die for the truths that they espoused. And the question is asked: Which is easier to believe - that these men created a false myth and then died for that falsehood or that Jesus really returned from the grave? On the surface, the answer to that question is easy. It is far easier to believe that men would be deluded into a falsehood, in which they really believed, and be willing to give their lives for it, than to believe that somebody actually came back from the dead. There has to be other reasons to support the truth claim of the resurrection other than that people were willing to die for it. One might look at the violence in the Middle East and see 50,000 people so persuaded of the truths of Islam that they are willing to sacrifice themselves as human suicide bombs. History is replete with the examples of deluded people who have died for their delusions. History is not filled with examples of resurrections. However, despite the weakness of that particular argument, Lewis nevertheless made a great impact on people who were involved in their initial explorations of the truth claims of Christianity.

To this day, people who won't read a Bible or won't read other Christian literature will pick up Mere Christianity and find themselves engaged by the acute mental processes of C.S. Lewis. The church owes an enormous debt to this man for his unwillingness to capitulate to the irrationalism that marked so much of Christian thought in the twentieth century - an irrationalism that produced what many describe as a "mindless Christianity."

The Christianity of C.S. Lewis is a mindful Christianity where there is a marvelous union between head and heart. Lewis was a man of profound sensitivity to the pain of human beings. He himself experienced the crucible of sanctification through personal pain and anguish. It was from such experiences that his sensitivity developed and his ability to communicate it sharply honed. To be creative is the mark of profundity. To be creative without distortion is rare indeed, and yet in the stories that C.S. Lewis spun, the powers of creativity reached levels that were rarely reached before or since. Aslan, the lion in The Chronicles of Narnia, so captures the character and personality of Jesus; it is nothing short of amazing. Every generation, I believe, will continue to benefit from the insights put on paper by this amazing personality.

Dr. R.C. Sproul is founder and president of Ligonier Ministries, and he is author of the books Defending Your Faith and Reason to Believe.