A Parent’s Guide to Pokémon Go

A Parent’s Guide to Pokémon Go 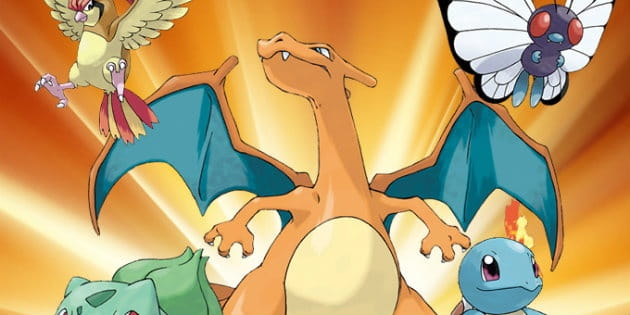 If you’ve been paying attention the last few days, you’ve probably noticed people running around your neighborhood with their noses in their phones. The world, it seems, has gone crazy for a new game called Pokémon Go, and Christian parents are doubtlessly wondering what this game is and whether it’s safe for their child to play. Similar to Crosswalk’s 9 Most Dangerous Apps for Kids, this article is meant to give parents a brief overview of Pokémon Go and help them make an informed choice about the game. So get your Pokeballs ready, because here’s everything you need to know about this explosive new App.

Short for “Pocket Monsters”, Pokémon are creatures from a series of videogames created in 1995 by Satoshi Tajiri and the Nintendo Company. Tajiri, who was avid about collecting insects in his youth, allegedly wanted to design a game where players could amass animated monsters in a similar fashion. The resulting Pokémon games have their player travel a fictional world while catching and battling various Pokémon. The series has been wildly successful and remains a staple of Nintendo to this day.

What is Pokémon Go?

Pokémon Go is a mobile game which can be downloaded onto a person’s Android or smartphone. The game, which was developed by a company called Niantic, aims to combine the thrill of Pokémon with the player’s real-world location. Players first create a profile on their phone which can be male or female. Next, the player walks around to areas in the real world using their phone’s GPS. Upon arrival, an image of a Pokémon will appear on their phone and players will have a chance to capture it.

The game has other aspects as well; players can be sorted into teams, obtain useful items, and battle each other on their phones. Overall though, the general idea is for users to walk around their neighborhoods and "find" Pokémon.

Not per se. The game was designed to be like geocaching, an outdoor recreational activity which encourages participants to explore their surroundings. However, the open-world nature of Pokémon Go has led to some unpleasant incidents. A teen in Wyoming discovered a dead body while tracking Pokémon. In Missouri, four suspects were arrested after they allegedly used Pokémon Go to lure victims to remote areas so they could rob them at gunpoint.

Then there have been the numerous cases of trespassing on private property, sometimes accidental, by players trying to catch a rare Pokémon or secure a useful location. The game has also been credited with several injuries from players who sustained falls or walked into traffic because they weren't paying attention.

Is There Anything Good about Pokémon Go?

Actually, yes. Certain reports have indicated that Pokémon Go is helping players deal with anxiety and depression, while encouraging others to live a healthier, active lifestyle. The social aspect of the game even enables users to meet new people. One writer recalled how he was playing Pokémon Go on a public bus, and ended up talking to a bunch of friendly strangers who were also engrossed in the game. Ironically, Pokémon Go is even driving young teens and twenty-somethings to churches, which serve as beacons for rare Pokémon.

Should I Let My Child Play Pokémon Go?

As a parent, you are the one who ultimately determines what’s best for your child. One reporter suggested parents try out the game for themselves first, just to get a basic feel, before letting their children take over. It would also be wise to sit your children down and give them a firm lecture about where Pokémon Go is appropriate to play (places like the Holocaust Museum and the 9/11 Memorial are a firm “NO”). Ultimately, we don’t know how long this new Pokémon trend will last, but it’s important that we help our children stay present in the real world and teach them to mature wisely.

A final warning - the game eats battery life and data - be sure to check your data plan, or your next phone bill will be insane!